The verdict is out. Sridevi’s daughter, Janhvi Kapoor is star material. She proves it in Dhadak. However, the inevitable comparisons with the legendary mother are also happening. Worried and anxious father Boney Kapoor says he was afraid of that. “We knew Janhvi would be compared with her mother. Sri knew it too and it worried her. Sri had prepared Janhvi for these inevitable comparisons.” 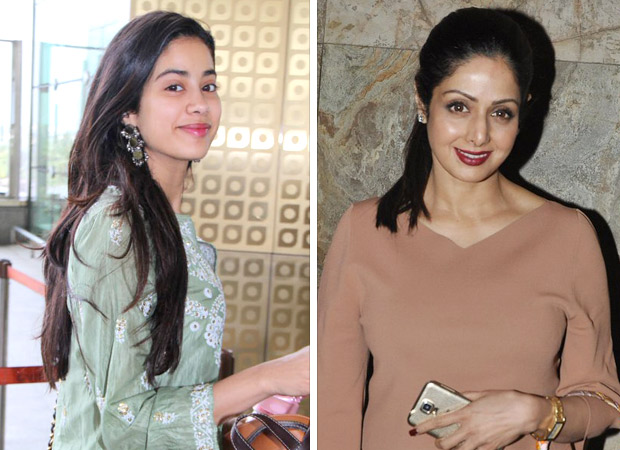 However, the good news for Janhvi Kapoor is that no one is really comparing her to her mother after seeing her on screen. Shabana Azmi, who is a close friend of the Kapoors, feels there is no reason to compare Janhvi with her mother. “Though there are similarities, Janhvi is a different kind of an actor from her mother… and that will hold her in good stead. What a polished debut! A star is born!! I loved Ishaan too, charming earnest endearing. I wish them both the very best from the bottom of my heart.”

Filmmaker R Balki, who is a close family friend of Sridevi and Boney Kapoor, raves, “Janhvi is fabulous! Sri would’ve been more than proud of her. More importantly, everyone will love her performance. She is not a copy of her mother at all.”

Trade analyst Amod Mehra feels the comparisons must be reined-in. “I am sure everyone knows such comparisons are unfair to a newcomer. You can’t compare a super-legend like Sridevi to her daughter who is just starting out.”

Adds trade analyst Atul Mohan, “Comparisons should not be drawn. It burdens the kid but Janhvi will have to face it. She knows she is the daughter of legendary Sridevi and must have prepared herself for that. But, she has the guidance of her family which has vast experience in father Boney, uncle Anil, cousins Sonam and brother Arjun, mentor Karan Johar. She should be able to make her own identity.”

Film critic Raja Sen has the last laugh. “The problem is not the comparisons with her mother. The problem is largely because nobody is sure how to spell Janhvi’s name.”

Also Read: Dhadak Lifetime Prediction: Here’s how we think this Janhvi Kapoor – Ishaan Khatter film would fare at the Box-Office!