When it comes to the escapades of James Bond, the chosen city is London. After all, for decades the stories surrounding the most famous secret agent have London as an integral element. Closer home, the same holds true for the duo of Akshay Kumar and Riteish Deshmukh who have been a constant in Sajid Nadiadwala’s Housefull franchise which has a strong connection with London. Right from Housefull to its second and third instalment and now Housefull 4, London stays on to be one city which the team keeps revisiting. 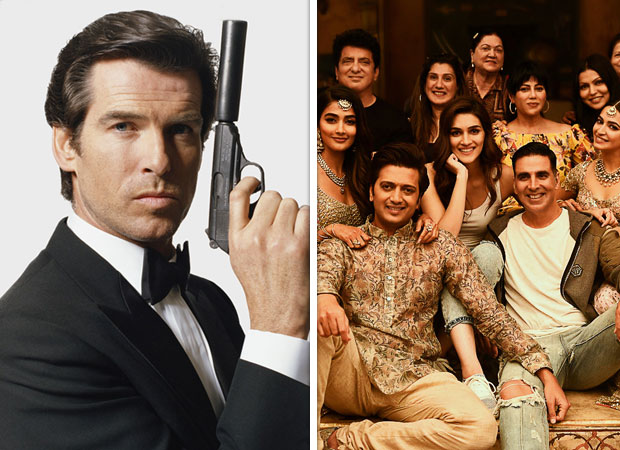 “Well yes, other than Akshay Kumar and Riteish Deshmukh, who are the key cast members of Housefull franchise, it is London that has been a common element in all the four instalments,” says a senior crew member of Housefull 4, “Sajid loves the city, both personally and professionally. He has taken quite a few holidays there in the past and just loves the milieu and ambience there. Moreover, the city has been such an integral part of each of the three Housefull movies so far. The outdoors are simply stunning and bring in so much of glitz and glamour on screen. Of course the natural beauty that the whole country has to offer is a filmmaker’s delight.”

Much like the case with the James Bond series which is incomplete without London. So if Hollywood has their action set in the city, Bollywood has its action originating from London and its surrounding areas.

Says Sajid, “London has always held a special place in my heart. Also, when it comes to Housefull franchise then London is an inseparable element. There is certain vibe around the city that augurs so well with the stage and setting that Housefull demands.”

Considering the fact that Housefull has always been pitched as a big ticket film, just like the Bond series that warrants a theatrical watch due to the whole canvas and grandeur, the franchise stays on to be the most expensive amongst Sajid Nadiadwala’s many productions.

“Every penny is worth it though, it all shows on screen,” a prominent production member adds, “When you spend on something and the results are worthy enough as well then it is a ‘sone pe suhaaga’ thing for all involved. Also, shooting in London is so hassle free. We get all the right facilities in such a prompt manner.”

No wonder, Sajid keeps going back to the city.

“Housefull means house full of masti, mazaa, vibrance and energy, something that London stands for as well. Audiences have traditionally loved what the city and its people have to offer on screen in the film and we are taking that forward with Housefull 4 too,” says Sajid.

Much like how greats like Sean Connery, Roger Moore and Pierce Brosnan amongst other Bond heroes have loved being a part of the London based franchise; Akshay Kumar and Riteish Deshmukh too have made London their home when it comes to Sajid Nadiadwala’s Housefull hit franchise. With Housefull 4 set for release this Diwali and plans already being put together for the next instalment, guess this stage, setting and milieu of London is here to stay.