Jacqueline Fernandez has been exploring new places in India as she shoots her upcoming action flick Race 3. The actress who recently shot for a romantic song in Sonmarg and Ladakh opened up about her experience shooting in extreme weather conditions.

While the actress has travelled across the globe for her work commitments, it was only now that she explored new places in India. For Race 3, Jacqueline Fernandez shot at picturesque locations in Kashmir along with Salman Khan. 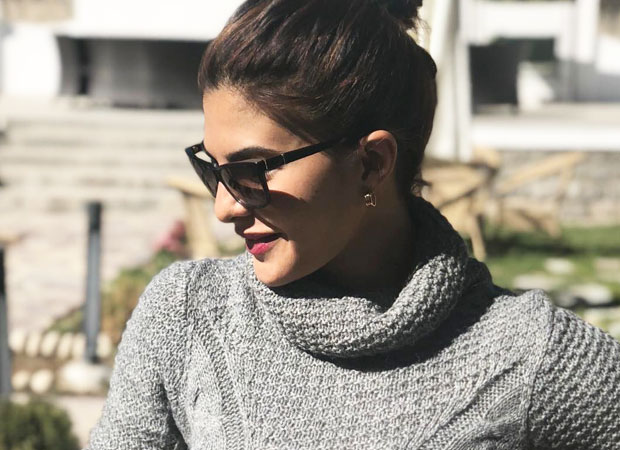 Explaining her routine, Jacqueline Fernandez said, "At 9 am, a convoy of vehicles headed up. I was on the bike and it took us all day to reach Ladakh as we made unscheduled stops, from coffee stalls to Zero Point. The weather was unforgivable and it snowed most of the time but miraculously, when it was time for a shot, it would clear up. The schedule went off smoothly".

The actress further added, "It was like paradise on earth. This country’s beauty lies in its diversity. We walked a lot, even the location was a 45-minute hike away but the view was spectacular!”

Jacqueline Fernandez and Salman Khan are teaming up for the second time after Kick. Post the success of the romantic chartbuster 'Hangover', the duo is all set to weave magic on screen yet again with a romantic song in Race 3 too. Talking about the song, Jacqueline Fernandez said, "All I can say is that it’s super romantic and will resonate with those in love and even with others who are yet to fall in love".

While ‘Hangover’ was crooned by Salman Khan, the upcoming romantic track is penned by him and this according to her makes it all the more special.

Jacqueline Fernandez will be seen donning an action avatar for Race 3 and the actress has been prepping hard for her high octane action sequences. She has undergone rigorous training and extensive workout for the same.

In fact, Jacqueline shot for hand to hand combat sequences for the first time. She has trained in MMA, kickboxing and other forms of action to perfect her act. Jacqueline mentioned, "We’ve filmed in amazing locations, in extreme conditions and some of the stunts that Salman has done are mind-blowing. Even my action sets are larger-than-life and with Remo’s (director Remo D’souza) magic touch, it will be a must see."