One of the most awaited projects of Salman Khan is Race 3 which is set for Eid 2018 release. The actor is headlining the film which was previously led by Saif Ali Khan. Salman Khan and Jacqueline Fernandez are currently in Kashmir shooting for their last song. And the last destination in India schedule is Sonmarg! They reached earlier last week and have been shooting in the chilly weather of Kashmir. 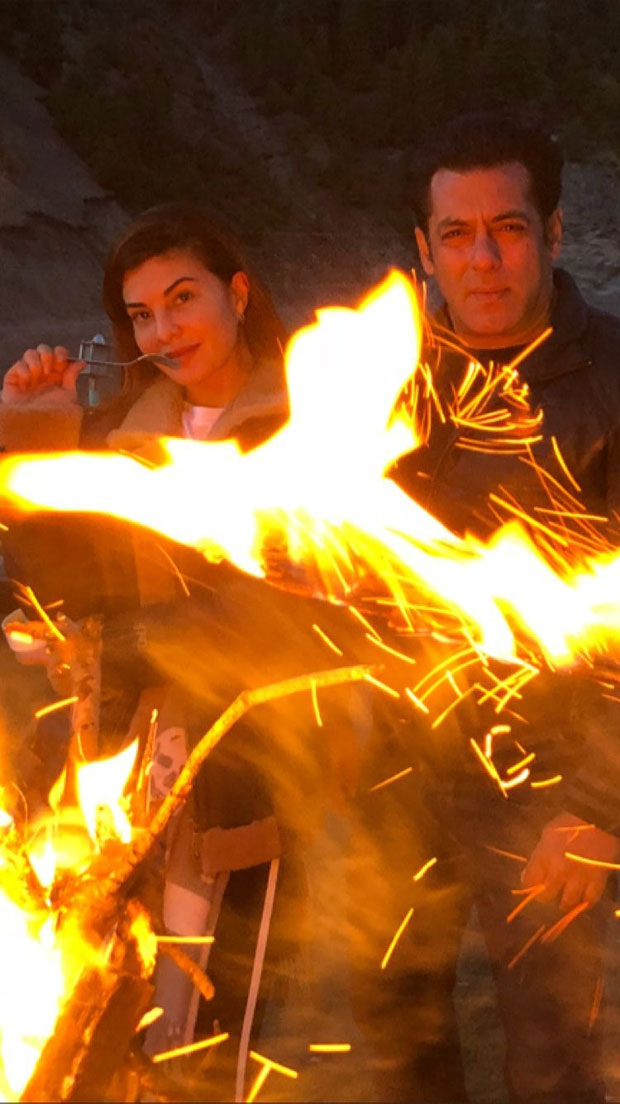 The shooting of the film has already begun in the picturesque valley of Sonamarg and actress Jacqueline has been giving us a small sneak peek from there by uploading BTS images on her social media page. She recently posted few images and videos from the shoot and showed us how they travel back after pack up. Whilst shooting in 1-degree weather, the cast and crew are resorting to the bonfire to keep themselves warm. Jacqueline shared a video of herself enjoying the horse ride on the valleys. Post that, they were seen near the bonfire to keep themselves warm and fuzzy in the cold. She shared a couple of pictures via her Instagram stories. Salman and Jacqueline are seen near the bonfire in one of the pictures posing for the camera. While Salman is wrapped in a jacket, Jacqueline is wearing turtleneck top with a jacket. A couple of scenes are being shot and even couple of scenes for ‘Allah Duhai Hai’ song. Post the Kashmir shoot, they will head to Leh, Ladakh for a song shoot. 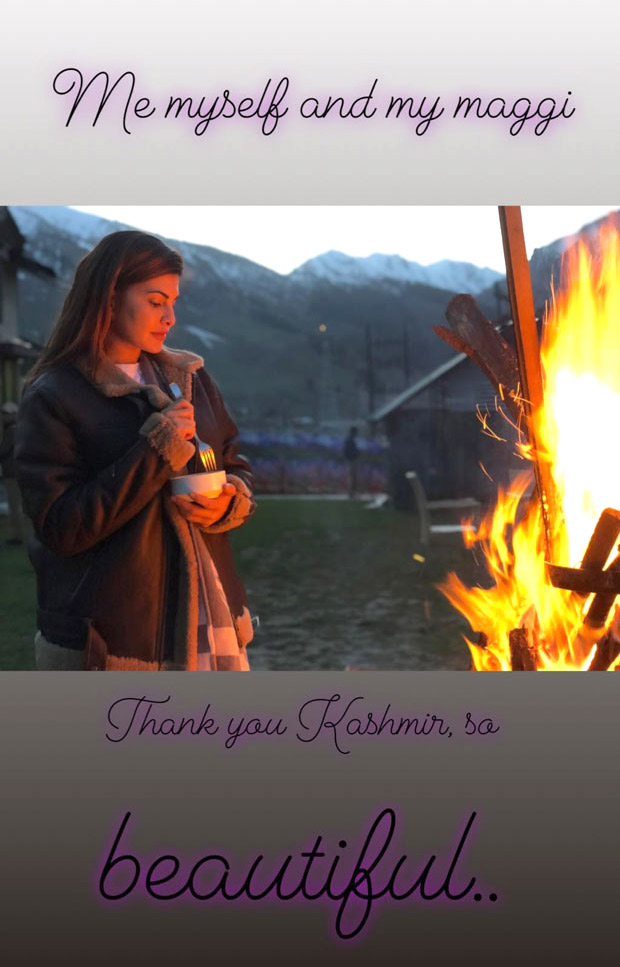 The action thriller will feature the blockbuster Jodi of Salman Khan and Jacqueline Fernandez for the second time after the success of Kick. Race 3 also stars Anil Kapoor, Bobby Deol, Saqib Saleem, and Daisy Shah. Directed by Remo D’souza and produced by Salman Khan Films and Tips, it is slated to release on Eid 2018. 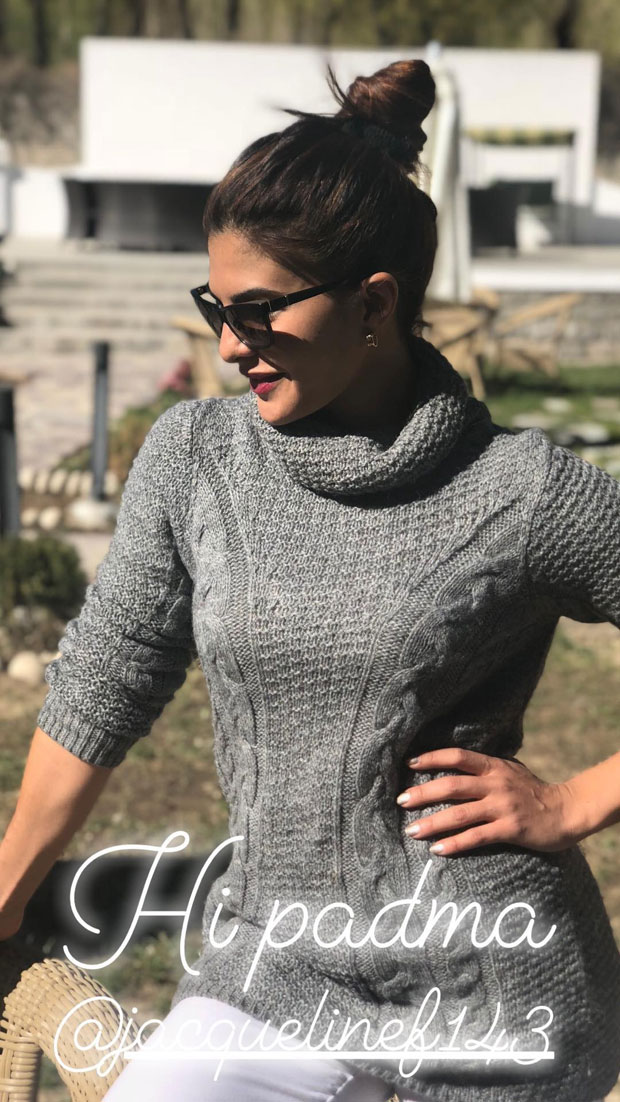