The highly awaited music video of 'Pretty Please' from musician Jackson Wang & Swedish DJ duo Galantis is here and it will make you pretty nostalgic. 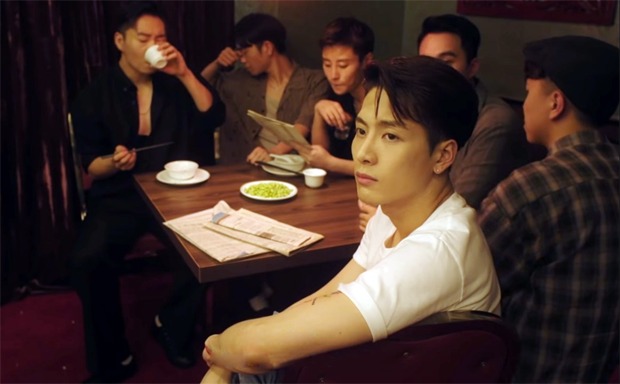 The story follows a group of friends sitting at a diner when a girl walks in who has broken up with her boyfriend. In his re-imagining, Jackson chases down the girl asking her to give love a chance even after suffering heartbreak. "Don’t hate me give love a chance / Don’t need your heart just need your hands / Knew from the start that this won’t end / Don’t you tease me baby please."

Jackson Wang takes the love story ahead from '100 Ways' which was set in the ancient era to 'Pretty Please'. The music video is inspired by 90s style Hong Kong love stories as Jackson chases down a girl on the streets while crooning the song. It sort of reminds you of 'The Way You Make Me Feel' by Michael Jackson and you witness some classic MJ moves too. The dance break in the rain truly captures the beauty and essence of the song which is so 'JACKSON STYLE'.

From '100 Ways' to 'Pretty Please', Jackson Wang continues to make newer artistic choices as a solo artist and impresses along the way. It's just enough lo-fi but truly catchy. There's a callback to '100 Ways' which was an ancient Chinese era style music video where he was longing for love. The music video features the same actress as well. In this one, the story gives him a chance to once again pursue his love.

"For the song, if you listen to it, you're never gonna imagine a visual like this, but's with a little twist,"  he adds.