Jackson Wang, of the popular K-pop group GOT7, leads a prominent solo career in China. The 26-year-old musician has already released multiple singles and his solo album 'Mirrors'. In March 2020, he dropped his new single  '100 Ways' along with a historical music video. 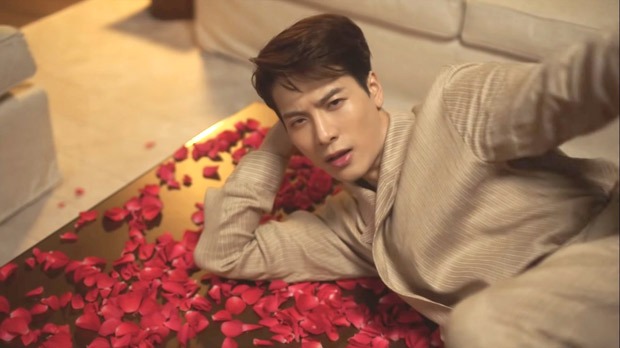 On Wednesday, July 1, Jackson Wang shared a new version of the song which was a special way to thank the fans who have been a constant support in his music career. The video was released after his song reached the US Top 30 charts since its release last March 19. In the video titled "100 Ways Jackson Wang Loves You", Jackson is seen dancing his in a hotel room and just vibing throughout the video. "Thank you to all the fans who helped @JacksonWang852 "100 Ways" make history and break into US Top 30 Radio," the 88 Rising label wrote on Twitter.

With 'Mirrors', Jackson Wang made chart history by becoming the first Chinese artist to debut at No. 32 on Billboard 2020 charts.

Jackson Wang recently celebrated the three-year anniversary of his company Team Wang. "Happy 3rd anniversary.
@teamwang @teamwangdesign. It’s been 3 years of sweat and tears. Precious moments. Exploring and building this together. Expanding to divisions like music/fashion/production. But everything falls under the vision and message behind TEAM WANG.【KNOW YOURSELF. MAKE YOUR OWN HISTORY】. Knowing what I love and what moves and strategy am I planning towards what I love. Everyone showing love and support means everything to me. It keeps me motivated to challenge my limit again and again. A lot more to come with the team. We will do our best. LET’S MAKE HISTORY."

He further wrote, "Knowing what I love and what moves and strategy am I planning towards what I love."

The group GOT7 released their album 'DYE' back in April 2020.