Not too long ago, we had reported that Sidharth Malhotra has wrapped up the shoot of Jabariya Jodi with Parineeti Chopra and the rest of the team. The entire cast and crew of the film including producer Ekta Kapoor celebrated the wrap up of the film at B Kitchen and Bar in suburban Mumbai. Some inside videos from the bash made its way to social media and we can see that the lead pair of the film was in a complete dance mood grooving to chartbusters like ‘Kala Chashma’ and ‘Aankh Marey’. 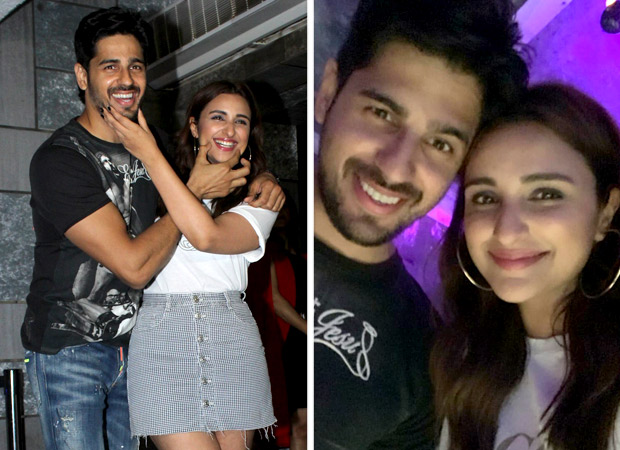 Fan clubs of Sidharth Malhotra, who are excited to see the actor reunite with his Hasee Toh Phasee co-star for the second time, gave a glimpse of the happenings of the party. The videos doing the rounds on Instagram saw Sidharth and Parineeti Chopra letting their hair down and dancing their heart out to the former’s popular chartbuster ‘Kala Chashma’. Besides that there were also a series of videos which showed the entire team of the film grooving to the recent Simmba track ‘Aankh Marey’. Here have a look:

Jabariya Jodi is a rom-com with a quirky take on how eligible bachelors are kidnapped and forcibly married off - a practice that is quite prominent in North India. The film, directed by Prashant Singh, also stars Aparshakti Khurrana in a prominent role and is expected to hit the big screens on July 12, 2019.