Last Updated 20.09.2020 | 6:12 PM IST
feedback language
follow us on
Home » News » Bollywood Features News » Bollywood News Disha Patani is both proud and thrilled as she shares a picture of her sister in uniform

Disha Patani who is currently gearing for her upcoming film Bharat alongside Salman Khan shared a picture of her sister who is in armed forces. Disha's idol and role model is her sister, she looks up to her in life. Earlier, Disha had mentioned when she was talking about her sister, "I have looked upto her since childhood. She's a much better dancer and a great speaker. She was a topper in college and excelled in basketball. I was a shy kid, and didn't have friends till I was 15. She'd lunch we me because there was no one else and drew me out of my shell. I respect her." 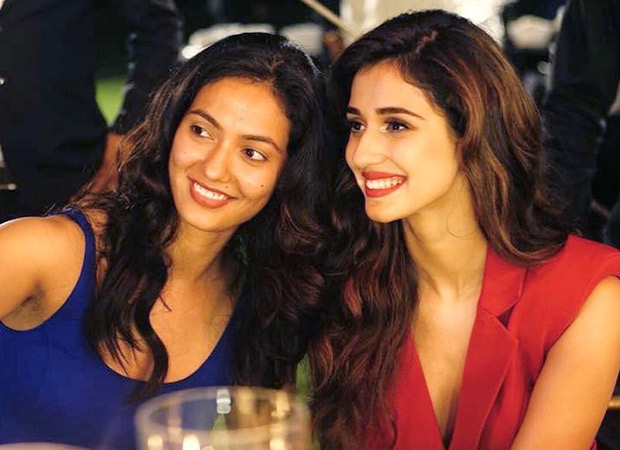 The actress took to her social media and shared a picture of her sister Kushboo in uniform captioning, " My sister ❤" Disha Patani is all set for her much anticipated release this year with Bharat, hailing from a small town Bareilly, actress Disha Patani has come a long way in such a short span of time.  Disha has been treating her fans with her bodacious dance moves and intense acrobatics and stunts from the insights to her routine. 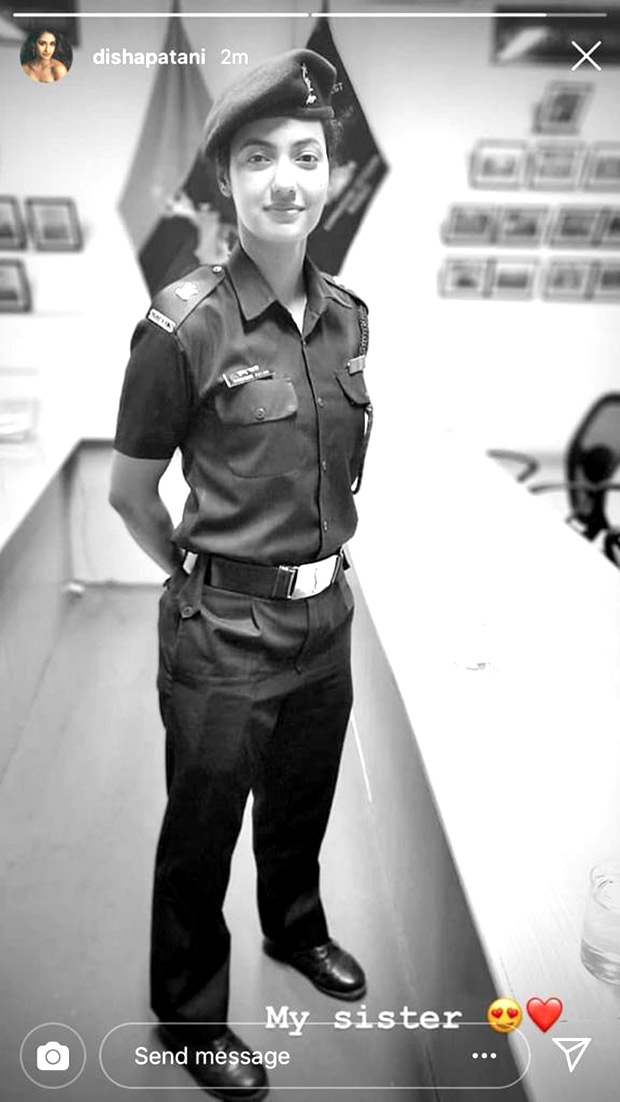 The actress has been soaring the temperature on social media by posting her pictures and sending the fans into frenzy. After the back to back success of M.S. Dhoni -An Untold Story and Baaghi 2, which raked more than 100 crores at the box office, Disha Patani will be seen next in Bharat along with Salman Khan and Mohit Suri's next Malang.