After Hasee Toh Phasee in 2014, Sidharth Malhotra and Parineeti Chopra are all set to reunite after four years in Jabariya Jodi. The fun rom-com, produced by Ekta Kapoor, is said to be based on the concept on pakadwa shaadi or rather forcibly getting a groom married. While the film went on the floor recently, we got a glimpse of the avatars that will be sported by Sidharth and Parineeti in it. Here’s a sneak peek: 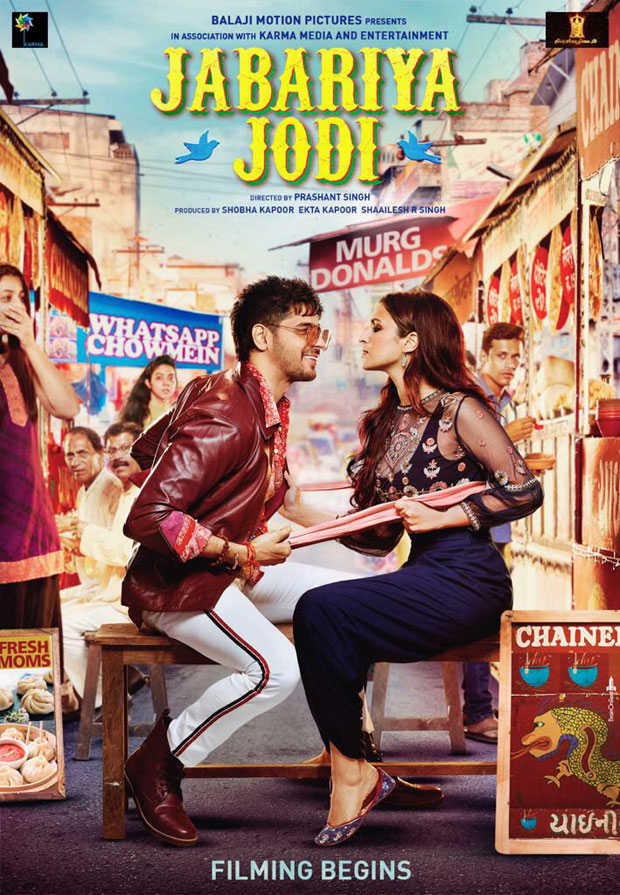 Earlier we had reported that Sidharth Malhotra will essay the role of a Bihari Thug. While his avatar as Abhay looks absolutely apt keeping in mind his character in the film, we wonder what the quirky look of Parineeti as Bubli means. Looks like the actress is playing his accomplice! Sidharth will be seen kidnapping the grooms for getting them married and if the pictures are anything to go by, it seems that Parineeti too helps him in the same.

The two of them also shared the pictures on social media saying:

Coming to the shooting, the film recently went on floor in Lucknow but we hear that the team faced a lot of difficulties during rains. A source close to the film said, “The cast and crew faced a tough time managing the shoot owing to the heavy rains. Due to flooding roads, the team had to spend four to five hours traveling from the hotel to the shooting location. While the hotel was located in central Lucknow, the shoot for the film took place on the outskirts of the town. Despite the troubles, the cast and crew shot and completed the shoot for the day, spending hours just to reach the shooting location.”

On the other hand, coming to the film, Jabariya Jodi is directed by debutant Prashant Singh. Starring Aparshakti Khurrana as Parineeti Chopra's friend, Sanjay Mishra as her father, Neeraj Sood as her father's friend, Gopal Dutt as an inspector, Javed Jaffrey as Sidharth Malhotra's father and Chandan Roy Sanyal as his friend, Jabariya Jodi is produced by Ekta Kapoor under the banner of Balaji Motion Pictures and Shailesh Singh's Karma Media Net. The film is expected to release some time next year.