Just a few days ago, we had reported that Jabariya Jodi, which was earlier supposedly titled ‘Shotgun Shaadi’ had gone on floor. The film features Sidharth Malhotra and Parineeti Chopra, who are coming together after four years since the release of Hasee Toh Phasee. Now we hear that there has been an addition to the star cast in the form of Aparshakti Khurana. 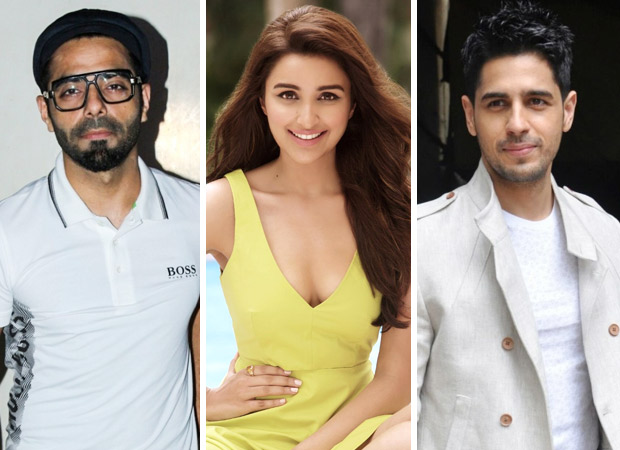 Ayushmann Khurrana’s brother Aparshakti Khurana seems to be enjoying good character roles in a couple of upcoming films. While he plays the role of Rajkummar Rao’s friend in Stree, he will also be seen in Dinesh Vijan’s other production Luka Chuppi featuring Kartik Aaryan and Kriti Sanon. Now the actor will also feature in Jabariya Jodi alongside Sidharth Malhotra and Parineeti Chopra, as the latter’s neighbour.

Speaking about his role in the film, Aparshakti explained in recent reports that he plays the role of Parineeti’s neighbour and childhood friend who is in love with her character in the film. His character’s entire life revolves around her and that he has already started shooting for the film. For the uninitiated, Jabariya Jodi went on floor in Lucknow last week.

Jabariya Jodi is based on pakadwa vivah ritual that is quite prevalent in Bihar where the groom is kidnapped and married off forcibly. The film will feature Sidharth Malhotra as a Bihari thug.

Also briefing about his role in Luka Chuppi, the actor further added that he helps Kartik Aaryan and Kriti Sanon sort out their issues in the film. He also asserted that he will be simultaneously shooting for these films which will be completed by the end of September. He has already shot for a few days for Luka Chuppi before starting with Jabariya Jodi.

Marking the directorial debut of Prashant Singh, Jabariya Jodi will be produced by Ekta Kapoor.