He did succeed in making one smile and laugh in his spoof film Welcome to Karachi. The film was a madcap comedy and had Jackky Bhagnani playing an 'aam aadmi', a Gujarati one at that. Now in his upcoming release Mitron, Jackky is enacting the part of an 'aam aadmi' again and yet again the film has a Gujarat setting. 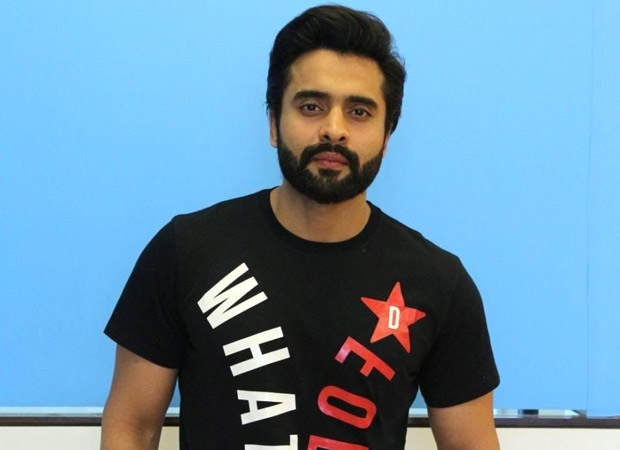 "There is a comic side of Jackky which is yet to be explored to the fullest. He shows more than just a glimpse of that in Welcome to Karachi but then the film wasn't seen by many. All of that is expected to change with Mitron where he has gone full throttle again while coming up with a comic act that is natural, realistic and rooted while catering to the sensibilities of a common man."

Mitron features Jackky as a college pass-out who makes prank online videos with his friends. His father wants him to get married to a girl so that he becomes ambitious in his life and does something far more productive. While the match is being made, the couple strikes about a business plan.

"This is what leads to several humorous situations," informs our source, "What takes centre-stage though is the manner in which Jackky approaches his part. The mandate for him was clear i.e. to play a common man without getting into the filmy zone. The challenge for him was to act without letting the acting part become obvious. Jackky too liked the opportunity that came his way because he could break away from the shackles that come with conventional Bollywood arena and instead step into the zone that he relates to as well."

That is apparent in the promo as well which has Jackky leading the show with his deadpan humour that works for the character as well as the film.

"Whether it is his outburst as a boyfriend (in a prank video) or the point in the film's narrative where he mistakes a housemaid for the girl with whom his arranged marriage has been set, there are quite a few high points in the promo," an observer comments, "Jackky is an underrated actor and it is good to see him explore this avatar. He showed his range in the short film Carbon where he was seen in a dramatic zone. Now in Mitron, he is stepping into the humour zone."

Directed by Nitin Kakkar (of Filmistaan fame) and produced by Vikram Malhotra (Abundantia Entertainment), Mitron marks the debut of television actress Kritika Kamra and releases all over on September 14.

Also Read: Jackky Bhagnani kicks off his next film Anandwaa in Mumbai