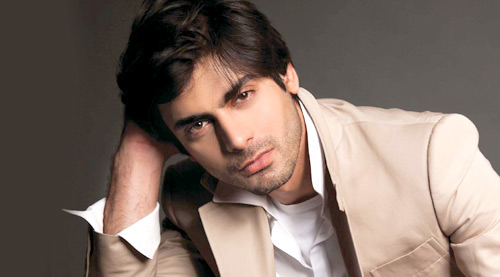 Pakistani import Fawad Khan who makes his Bollywood debut alongside the very spirited Sonam Kapoor in Khoobsurat is a regular guy trying to balance out a flourishing career in the entertainment industry in Pakistan with a new beginning in Bollywood.


No stranger to success Fawad has been a singer and actor for 14 years. "Yes! It has been that long. I was just a youngster in college trying to escape the drudgery of studies when I drifted into music and acting. At that time I wasn't sure I was interested in acting. I was only sure that I was disinterested in studies," confesses Fawad.


It was an evolved television industry in Pakistan which helped him make up his mind. Says Fawad, "I got some wonderful opportunities on television and they helped me discover the actor within me. It was because I did television that I knew I wanted to be an actor. Even Shoaib Mansoor with whom I made my movie debut in Khuda Ke Liye has his roots in television. And it shows in his writing."


The decision to make the switchover to films came at a time when Pakistan's film industry was in absolute doldrums. "When I did Shoaib Mansoor Saab's Khuda Kay Liye that was one of the few films being made in the country. The fact that it went on to earn itself so much recognition across the world was totally unforeseen. It is only now that the Pakistani film industry is on a revival course. There is some quality work happening and I am glad to be a part of it."


Fawad now looks forward to a career in Bollywood. He says working with Sonam Kapoor and her sister Rhea (who produces Khoobsurat) has been a learning experience. "They are just so easy to get along with. I shot for Khoobsurat for eight months. But it seems like we started just the other day."


Fawad Khan says he is new to the entire concept of promoting a film. "In Pakistan promoting films is yet to become a trend. I would shoot a film and be done with it. It's only now after doing Khubsoorat in India that I realize how important the promotion of a film is. And I'm trying to get a grip on the whole process. Film promotion is an entirely new science for me."


So is Fawad planning to balance out a career in Pakistan and India?


The soft spoken actor laughs, "I was never much of a planner. So I really can't say what the future holds for me. Yes, I do hope to do other Bollywood films after Khoobsurat."


Fawad confesses he saw the original Khoobsurat directed by Hrishikesh Mukherjee only after he was signed for the neo-Khoobsurat. "Though the script for our Khoobsurat is very different from the original and my role is completely removed from what the leading man (Rakesh Roshan) did in the original I nonetheless saw the original film. It's good to be educated even if the education is of no immediate consequence to your life."


The actor who met his wife when she was only 17 says she keeps him grounded . "I don't react to female attention. It's there. It's flattering. But it's not something I think about. I come from a very humble middleclass background. My wife helps me to never forget my roots. With her in my life there's no risk of losing my head."