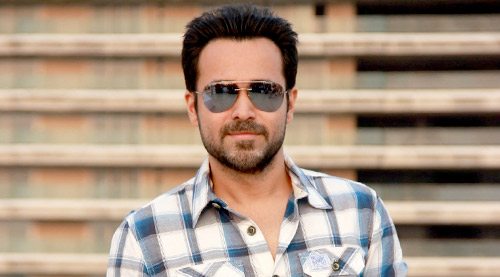 Emraan Hashmi is a content man. Hamari Adhuri Kahani, although panned by majority of critics, has managed to find audience in the interiors. The man speaks up.

Hamari Adhuri Kahani didn't get favorable reviews. However, it managed to sustain itself during the weekdays. Has it taken a lot of people by surprise?
Well, in the beginning there was a lot of bias from sections of media, some of which also got kind of personal. However, a sustained run is testament to the fact that nothing succeeds more than word of mouth. Yes, we took initial dent due to the bias factor in the first two days but then there was spike on Sunday and later we sustained from Monday onwards. The film obviously worked on the ground level.

How do you see the biasness against the film?
I know that it is a job to critic a film but it is uncalled for when things become personal. That I believe is a little unwarranted for. You can't give a film like this one or one and a half stars. Still, I don't hold it against them. At the end of the day, it is one person. If someone sitting in Bombay, who considers himself to be forward thinking, feels that the film is slightly regressive then he should also think of the real India. The film has connected there because it is those people who form the target audience.

How have been the conversations between you and Bhatts, now that the film has managed to get into the safe zone commercially?
We all knew that since the film is a mature love story (instead of belonging to fluffy rom-com genre) with no action and has me stepping into a completely new territory, it would do well basically on word of mouth. I expected that my traditional audience would find my act as something new that is not known to them over the years. We had to find a new audience, and hence we were happy when we got an opening day of Rs. 5 crore. We just wanted the film to sustain well after that and this is what happened.

The film fetched you the biggest opening of all times in overseas. That must have made you feel quite good.
Of course it is a high. See, till this point the kind of films I have done so far have been limited to the kind of characters I have played. However, love story as a genre lends itself to international audience as it cut across territories. This is my first love story and I think that is the reason why this has brought in fresh audience. A new segment has woken up as so far the genres that I was doing were not their taste. Now I think I have managed to cater to them.