Irrfan Khan has returned to India after almost a year of being in London for his cancer treatment. The actor was diagnosed with Neuroendocrine tumour and underwent some treatment for the same. On returning to India, he took to his social media to thank his fans for the immense support they have given him throughout his treatment. The celebrities on Twitter were thrilled to have the actor back and wished him all the luck for his upcoming project. As soon as he returned to the country, he headed to Udaipur to commence the shoot for Angrezi Medium. 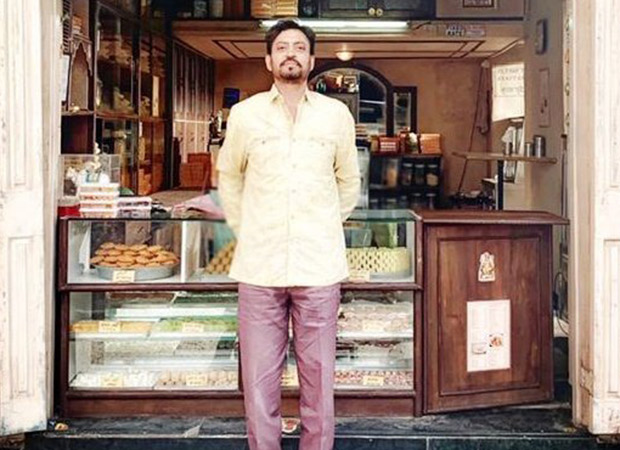 Angrezi Medium is the sequel to his 2017 blockbuster, Hindi Medium. The movie had a beautiful social message in it and was one of the highest grossing films of the year. He made sure to keep his fans updated with the progress of the film and now, he has uploaded pictures of his look from the movie. He will be playing the role of Champakji and is standing outside a sweets shop. He captioned the picture as, “GMB serving since 1900s  It’s going to be fun to tell another story #AngreziMedium. Coming soon, with Mr Champakji... Aa Raha Hu phir entertain Karne Sabko #ItsTimeToKnowChampakJi #AngreziMedium???? ????????”

GMB serving since 1900s It’s going to be fun to tell another story #AngreziMedium.

The movie will also star Radhika Madan who took to her Instagram to share a picture from the first day on the sets.  She was last seen in Mard Ko Dard Nahi Hota. There are also reports of Kareena Kapoor Khan being a part of the movie but there have been no official confirmation on the makers’ end. Angrezi Medium is directed by Homi Adjania under Dinesh Vijan’s Maddock Films banner.

'50 rupya kaat overacting ka' and other…