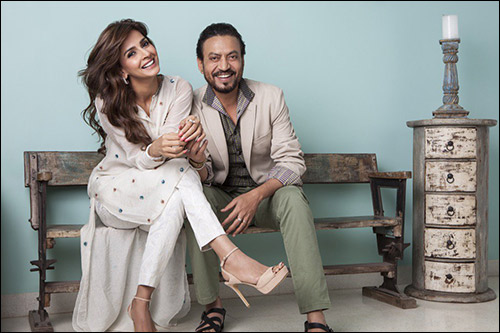 Gaining stardom in India and abroad, Irrfan Khan is now gearing up for yet another film but this time it is a rarely explored genre for the method actor, that is romantic comedy. Titled Hindi Medium, the said film will mark the debut of yet another Pakistani star Saba Qamar.

Saba Qamar, known for several Pakistani shows like 'Maat', 'Dastaan', 'Thakan', 'Yahan Pyar Nahi Hai' and films like Manto, will be paired opposite Irrfan Khan. Based on a couple living in Chandi Chowk in Delhi, the film in a light-hearted manner reveals the story of the duo trying to move up the social ladder and their attempts to fit into upper socialite class of the city.

Directed by Saket Chaudhary, Hindi Medium is produced by Bhushan Kumar and Dinesh Vijan under the banners T-Series and Maddock Films. It is slated to go on floor in August this year and scheduled to release in summer 2017.