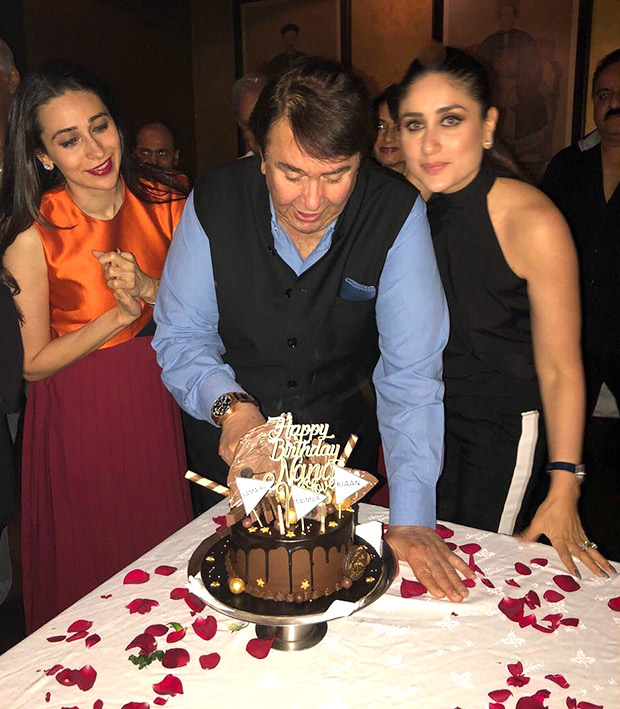 Karisma Kapoor shared a couple of pictures from last night's celebrations as it was a quite a family affair. She shared a photograph of her dad cutting the cake while the daughters happily enjoyed the moment. She captioned it, "#birthdayfun❤❤#familylove." The birthday cake had the names of his grandchildren Taimur Ali Khan, Kiaan Raj and Samaira Kapoor’s with the birthday message that read, “We Love You, Nana.” 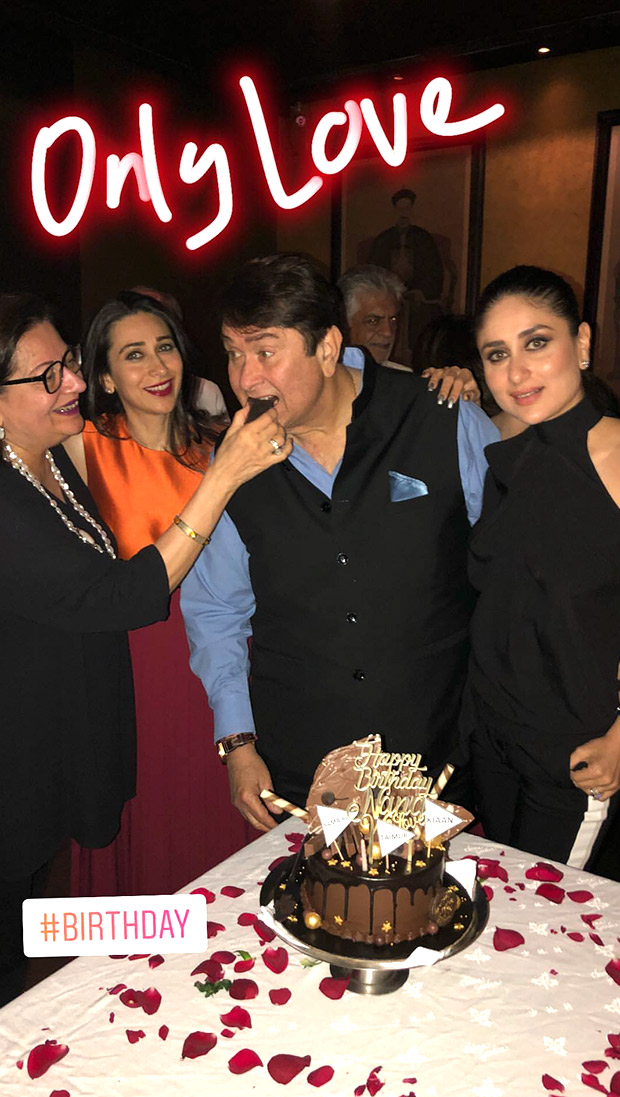 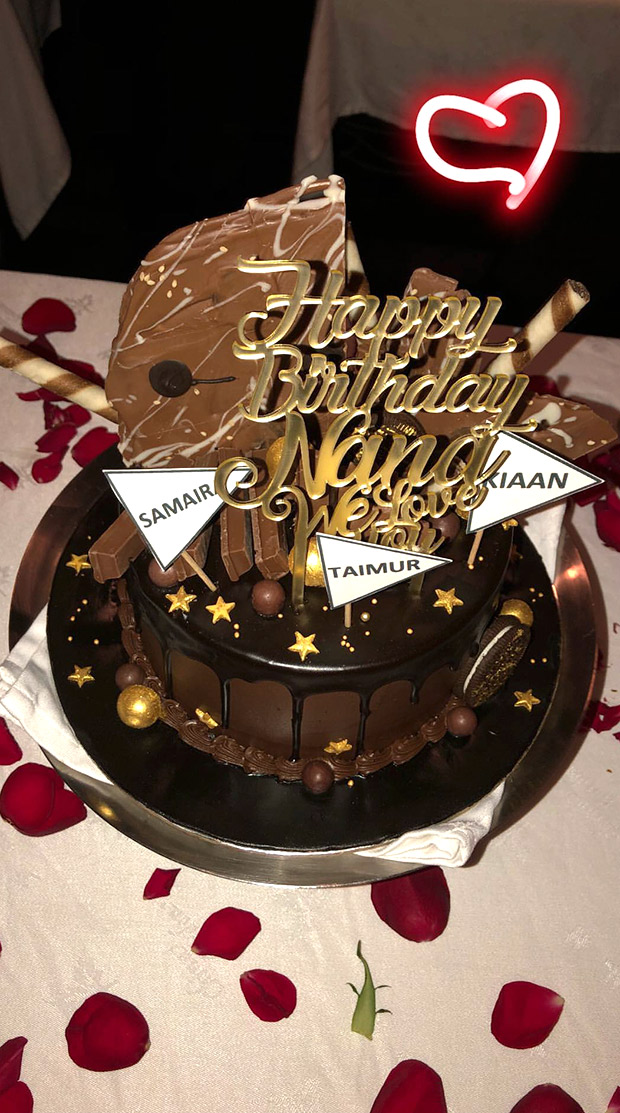 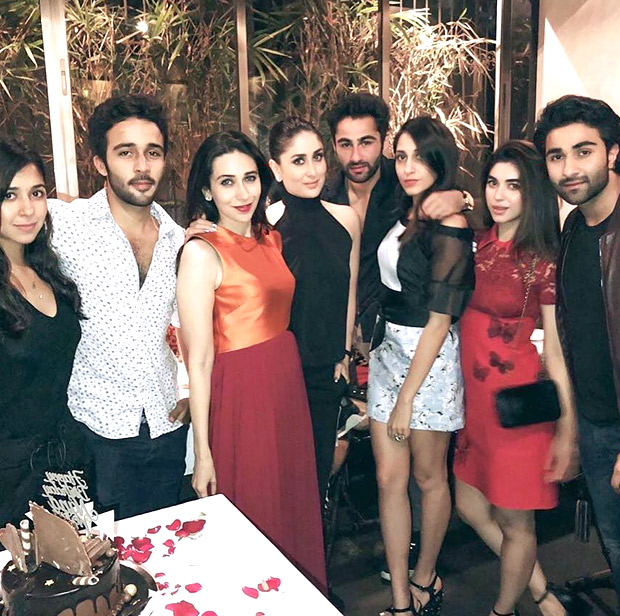 On the work front, Kareena Kapoor Khan will be starring in Veere Di Wedding with Sonam Kapoor, Swara Bhasker and Shikha Talsania. Directed by Shashanka Ghosh, the film is slated to release on June 1, 2018.