In one of the biggest tragedies, 20 Indian Army personnel were martyred during violent clashes with Chinese troops that erupted during the de-escalation that is underway in Galwan Valley in Ladakh. It's the first deadly clash in the border area between these two countries in at least 45 years and comes after weeks of tension between the two sides. 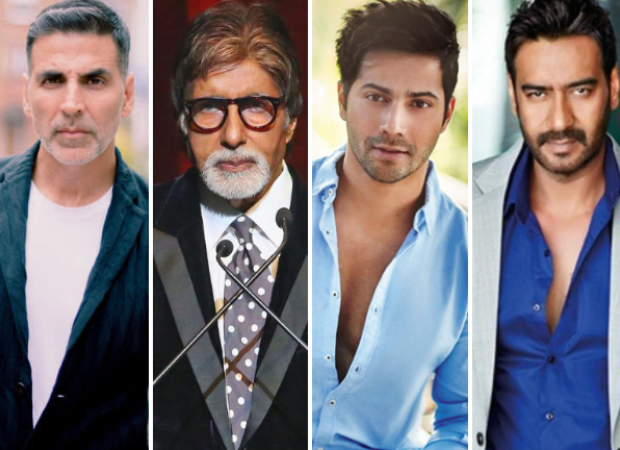 On Tuesday, the Indian Army released an official statement stating that they firmly committed to protecting India’s sovereignty. “Indian and Chinese troops have disengaged at the Galwan area where they had earlier clashed on the night of 15/16 June 2020. 17 Indian troops who were critically injured in the line of duty at the stand off location and exposed to sub-zero temperatures in the high altitude terrain have succumbed to their injuries, taking the total that were killed in action to 20. Indian Army is firmly committed to protect the territorial integrity and sovereignty of the nation.”

Bollywood celebrities took to social media to pay tribute to the martyred soldiers.

Deeply saddened by the death of our bravehearts in #GalwanValley. We will forever be indebted to them for their invaluable service to the nation.
My heartfelt condolences to their families ???????? pic.twitter.com/tGOGTU61X6

Salute every soldier who laid down his life protecting India’s border & honour. Jai Jawan, Jai Bharat ????RIP Brave Hearts ????????
My thoughts are with your families during this hour.#GalwanValley #IndianArmy

Salute the martyrs for their courage and for the ultimate sacrifice in defending our borders. Deepest condolences to the families. #IndianArmy #Respect

Mourning the death of our brave hearts martyred on our borders, we are forever indebted to them for their ultimate sacrifice, salute to them and my condolences to their families ???? #IndianArmy #GalwanValley #JaiHind????????

My heart goes out to the families of our soldiers who lost their lives fighting relentlessly for us. Om Shanti ????????#JaiHind #IndiaChinaStandOff #IStandWithIndianArmy #GalwanValley

Deeply disturbed by the loss of our brave soldiers at #GalwanValley The nation stands indebted for their sacrifice ???????? Thoghts and prayers with their families.

Condolences to the families of our fallen Army men. It’s heartbreaking ! ???? 2020 is an unending nightmare. May God give our country strength and safety.

I salute our bravehearts who fought courageously at the Galwan Valley and made the supreme sacrifice for the honour of our nation. My heartfelt condolences to their families. Jai Hind.

As if Corona was not enough to fight with now we have to lose our brave hearts as well! Every soldier martyred is a loss no one can compensate for. The families of those soldiers lost their peace for a long time to come so that we all can have a sound sleep. Indebted.

We will forever be indebted to you’ll and all those who fight for us putting their lives at stake. With utmost respect, deepest condolences to their families. #neverforget pic.twitter.com/la7IQHvJZf

Wow.. blaming our #IndianArmy, the men and women of honour who sacrifice every first step of their kids,or moms sickness or sisters marriage, only so they can do their job right,PROTECTING INDIA..we as a nation, stand with and for our #IndianArmy

We will always be indebted to our jawans of Indian Army who lost their lives in #GalwanValley. My heartfelt condolences to the martyrs' families. We'll be forever grateful for their sacrifice. ????????

Heartfelt condolences to the families of our brave soldiers who got martyred ????????We are deeply indebted to our Indian Army for their sacrifice and always upholding the security & integrity of the Nation. But really praying for peace & hope ????????
Jai Hind???????? #GalwanValley

My heart weeps to learn of the growing number of casualties on the Indo-China border. May God give strength and courage to the families of our martyred soldiers...really wishing this catastrophe away. #GalwanValley