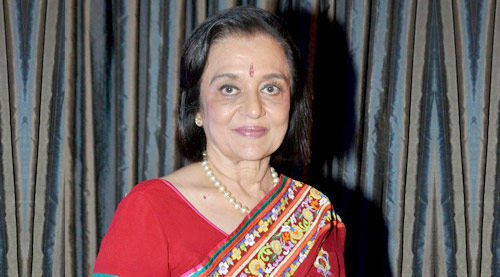 Yesteryears' diva Asha Parekh, known as the Jubilee Queen for the unstoppable flow of successful films she gave in the 1960s, says she wishes she could go back in time.


"Or rather I wish Sanjay Leela Bhansali was active when I was a heroine. I'd have loved to be directed by him. I saw Bajirao Mastani and I was simply bowled over. I was speechless. I couldn't react after the film. I had to wait until the next morning to speak to Sanjayji," say Ashaji as she relives every moment of the film.


But surely she could've played the protagonist's mother's role in Bajirao Mastani.


"No no!" Ashaji protests, "I'd only want to be directed as a leading lady by Bhansali Saab. But Deepika Padukone is my favourite among the contemporary actresses. And I don't think I could have played Mastani as well as she has."


Incidentally Asha Parekh saw Bajirao Mastani with her close friend Waheeda Rehman who apparently felt exactly the same way and told the director she wished she could have been directed by him.


The 5 yesteryears' queens Asha Parekh, Waheeda Rehman, Helen, Sadhana and Nanda would watch all films together. "But now with Nanda and Sadhana gone, it's just Waheeda, Helen and me," sighs Asha Parekh.