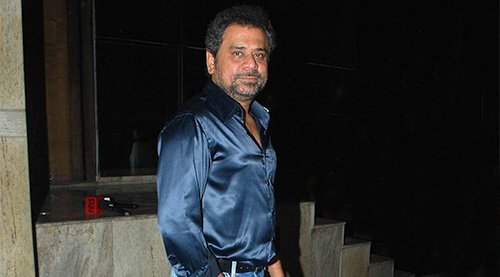 As a writer, he is a veteran of over 50 films. As a director, he has made 10 films with a success ratio of 70%. Now that he is coming with his biggest film till date, Welcome Back, expectations are of course huge. In the times when multi-starrers are rarity, Anees Bazmee has managed to pack in over half a dozen principle characters with many more in the supporting league. With his first ever sequel, the filmmaker is looking at breaking the barrier with Firoz Nadiadwallah produced Welcome Back, which is finding a huge solo release for itself, courtesy Eros. As the reports begin to trickle in, we get chatting with the director.

Four years after Ready, finally is it a Welcome Back moment for you?

Well, aisa nahi hai that I had gone anywhere. It has been 37 years since I turned a writer and touchwood, I have not seen a low phase ever since. Yes, my last picture was Ready and then now Welcome Back is coming after some time. It is okay because a big film of this stature anyways takes two years at the least to be made. Then in the interim period I got my daughter married. For last so many years I hadn't taken a break so I took my family for a Europe tour.

And now you are returning with perhaps one of the biggest action comedies in Bollywood.

I have always made larger than life films. You pick up any film pick of mine and it would have a huge star cast with certain shooting pattern. In fact I was the one who changed a set pattern of comedy with No Entry. It was for the first time when audience saw that a comedy film can be made at this level. My films have always boasted of certain grandeur and that is the case with Welcome Back as well. As a matter of fact for this film there was a trouble of a different kind because my own style has been copied by so many other directors.

It won't be fair on my part to name these films, some of which have turned out to be successful too. Now in my No Entry there was this long sequence set on a cliff which had people laughing for 20 minutes at a stretch. In Welcome, people were together in a falling house. In Singh Is Kinng there was this fighting happening amongst all, followed by a 'shaadi'. But over a period of time yeh latakne waala climax itna common ho gaya that I had to make sure that at least I don't end up repeating myself. So I shot Welcome Back climax in such a way that if you switch off the soundtrack, it would look like an action film climax.

Still, while this is a big film, how have you ended up fleshing out your characters?

You know what, we may say whatever but at the end of the day, people want to see people on screen. They want to see how they are speaking and looking. For me characterization is very important. Whether it is Happy Singh (played by Akshay Kumar) in Singh Is Kinng or the ones played by Salman Khan, Anil Kapoor and Fardeen Khan in No Entry - each of them is so loveable. Such are these characters that they end up doing a lot for the actors too. Welcome and Singh Is Kinng turned out to be very good for Akshay, Pyaar Toh Hona Hi Tha and Deewangee - where he played negative for the first time - worked for Ajay.

Exactly. Anil Kapoor and Nana Patekar would continue to be known for these parts. Feroz Khan was loved as RDX, even though he had just four-five scenes in Welcome. I feel all my actors have made these characters big with their acting. I have not done anything for them; I have just worked on the characters and the films.

Well, you have done something good for Shiney Ahuja indeed.

I can tell you one thing that for me, other than a film there is nothing else that stands. Maine koyi ehsaan nahi kiya hai Shiney ke upar. I had not done any film with him before. There was no friendship and I didn't know him at all. When I wrote this character then I thought this it could be done really well by Shiney. I called him to my office and he was very happy with what he heard. He was excited. For me it is about making a film and if through that I can make people happy, then there cannot be anything better than that.