Last Updated 04.07.2020 | 10:20 AM IST
feedback language
follow us on
Home » News » Bollywood Features News » Bollywood News HOT! These photos of Farhan Akhtar and Shibani Dandekar are all about beach romance

Farhan Akhtar and Shibani Dandekar are becoming the cynosure of social media, courtesy their romantic photos. Their pictures have turned out to be quite the talk of the town and the two too have become quite uninhibited about sharing their pictures on social media. Recently, the photos of their romantic beachy getaway started doing the rounds on the said platforms and it seems to have garnered immense attention. 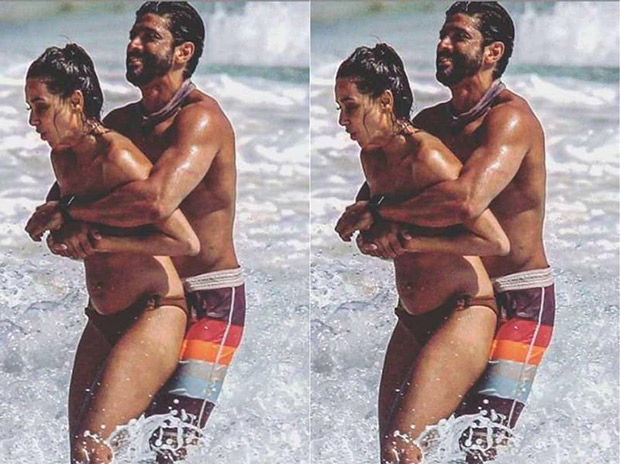 Readers would be aware that Farhan Akhtar and Shibani Dandekar had taken off on a beachy vacation earlier this year to ring in Farhan’s birthday. The couple enjoyed their moments and also shared about it on social media. The latest pictures reflect the playful mood of the couple as they are seen having a gala time in the ocean water. Farhan and Shibani are seen smitten in love as they seem to enjoy the waves in their swim wears.

While Shibani Dandekar was also seen busy with the wedding preps of her sister, rumours followed that she is tying the knot with beau Farhan Akhtar too this year. Rumours have it that the couple will be having a summer wedding but further details are kept under wraps.

On the work front, Farhan Akhtar is busy prepping for his next titled Toofan where he will be reuniting with Rakeysh Omprakash Mehra. The film will feature him in the role of a boxer. Rumours also have it that he will start work on Don 3 even though Farhan has maintained silence on the same.

Also Read: Farhan Akhtar and Shibani Dandekar share a love struck photo that has romance written all over