Well, let us remind you that even before model turned actress Disha Patani could make her Bollywood, she made her name internationally with Kung Fu Yoga. The film featured her alongside the talented martial arts legend and Chinese superstar Jackie Chan. Yes, it was only post that Disha starred in her debut Bollywood release M.S. Dhoni – The Untold Story. And now that her second film Baaghi 2 starring Tiger Shroff has become a blockbuster, the actress seems to have got a chance for a reunion. 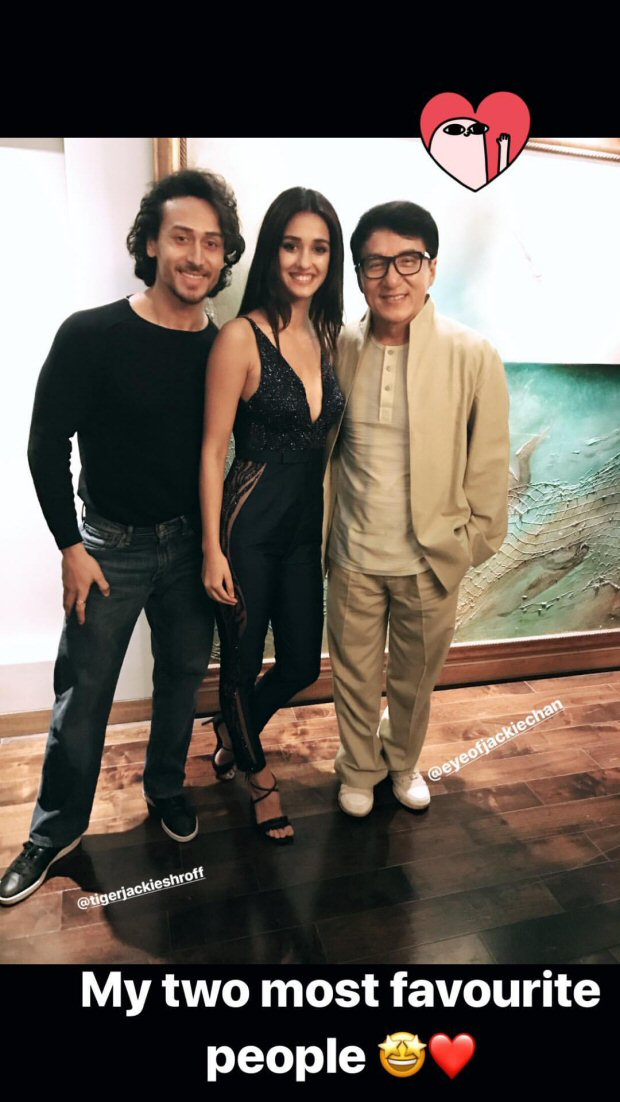 Disha Patani recently took to social media to post a picture with two of her co-stars, Tiger Shroff and Jackie Shroff. And not surprisingly, the actress was thrilled and even called them her favourite people. If her post is to believed, Disha celebrated the birthday of the martial legend along with friend and co-star Tiger.  Disha shared an Instagram story a few hours ago marking her reunion with her Kung Fu Yoga co-star Jackie Chan and Baaghi 2 co-actor Tiger Shroff.

Besides that, she also shared another post where she wrote a sweet note wishing birthday to Jackie Chan along with her cute picture with him. Her caption read, “Happiest b’day to the living legend, I am so happy, lucky and grateful that I got a chance to work with you, I never thought in my wildest dreams, that I will get a chance to know my childhood superhero! You are the kindest and nicest person I have ever known, I hope that you live for 100 more years! Thank you for inspiring all of us?? you are the best love you jackie #jackiechan @jackiechan.” 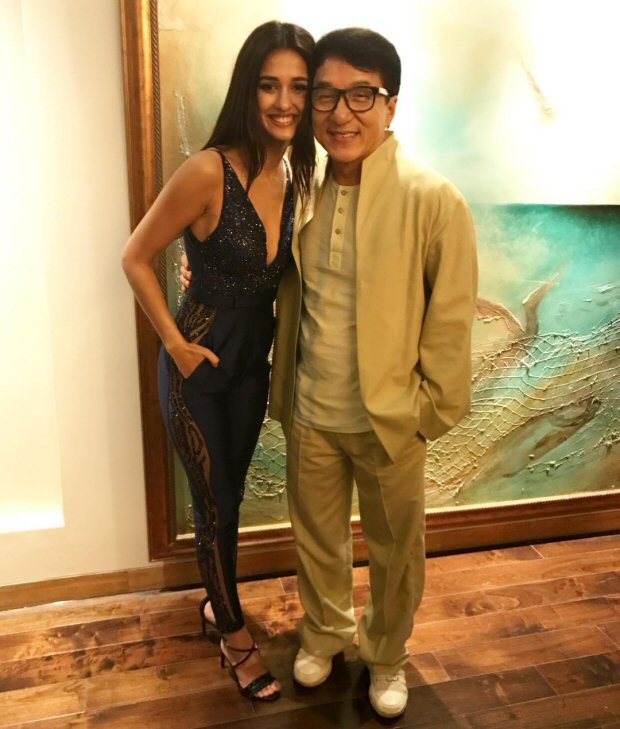 Interestingly, Tiger Shroff too had earlier confessed of being a huge fan of Jackie Chan. Tiger himself is known for some killer action moves and has maintained that he has always been inspired Jackie’s martial art moves. Considering the same, we believe that the Shroff boy too was quite enthralled by the recent meeting.

On the other hand, speaking about Baaghi 2, the film had a record breaking opening last week. It has currently become one of the top grossers of 2018 and continues to create waves in theatres.