Karan Johar is coming out with Student Of The Year 2 and the trailer has got mixed reactions from masses. One of the main attractions of the movie apart from all the glam and songs is the fact that Will Smith will be featured in the film. This is not the first time that a Hollywood star has collaborated with Bollywood. 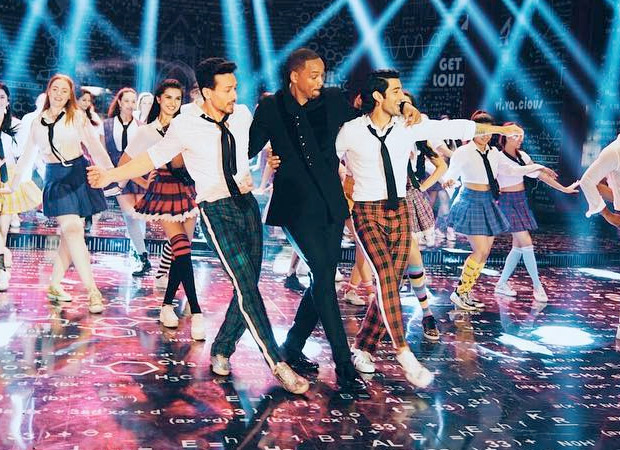 Will not only danced to Karan’s tunes on the sets of Student Of The Year with all the Bollywood biggies, but he was so excited that he revealed that dancing in Hindi film song was on his bucket list. He even took to Instagram to share a picture with a caption: On Set in Bollywood!! Shout out to the Cast & Crew of Student of the Year 2. Thanx for Letting Me Play. :-) @westbrook @sadaoturner.” Now, we are just wondering if we will see Smith doing a cameo in Student of the Year 2 as well!

In fact, Karan recreated Radha song for Will, on his elaborate sets. He had a blast, nonetheless.

A few months ago in the episode of Bucket List, Hollywood superstar Will Smith was seen meeting Karan Johar and even visited the sets of SOTY 2 to learn the Bollywood dancing. He spent time with Tiger, Ananya and Tara.

When asked whether Will has a cameo in the film or not, Karan said, “Will Smith was here to shoot for his bucket list program. Ironically we were shooting for SOTY 2 then. And I have known Will for some time and hence we were thrilled to have him but if he is there in the movie or not, you’ll have to wait and watch for the film.”