Surveen Chawla shared about the good news of welcoming her baby on Instagram a few months ago in a rather unique way. And since then she has been sharing several glimpses of her during her pregnancy including her baby shower. As her family was eager to welcome the new member, the actress took to Instagram to share about the arrival of her daughter Eva. And now she was seen outside the hospital, all set to take her little one to her home! 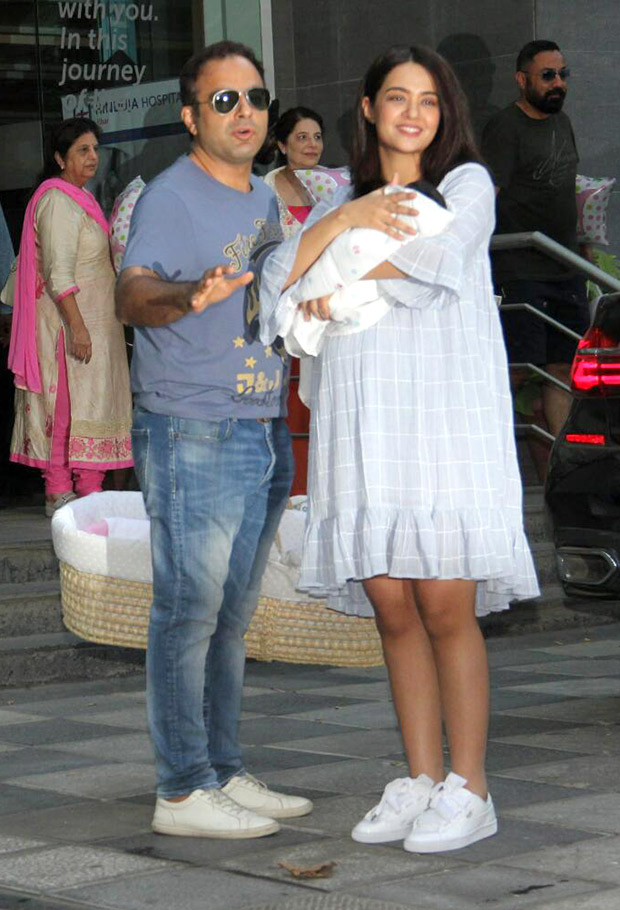 Surveen Chawla was recently snapped outside a Mumbai hospital, accompanied by hubby Akshay Thakker. While the actress was married since 2015, she didn’t announce it until much later in 2017. Followed by the same, she announced about her pregnancy in November last year. After announcing about the arrival of her daughter, when the actress was spotted at the hospital, not only did she oblige for photos but she was also all smiles for these shutterbugs. 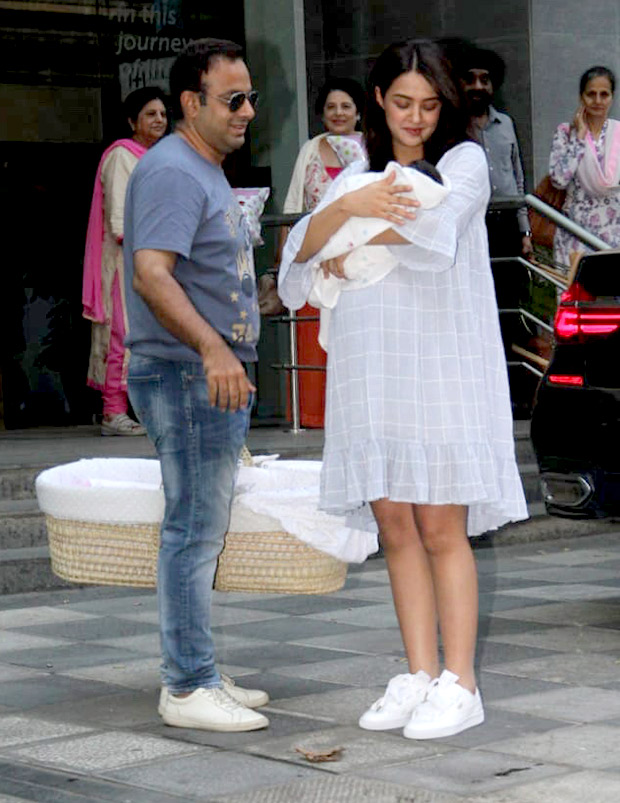 On the other hand, she posted this adorable photo of her daughter on Instagram saying, “We now have her tiny feet to fill the tiny shoes! Blessed by her wonderful arrival in our little family! Welcoming our daughter Eva.”

We now have her tiny feet to fill the tiny shoes! Blessed by her wonderful arrival in our little family! Welcoming our daughter Eva???? @akshaythakker

Life happens when it chooses to happen, when it wants to happen. And it is happening right now in this very moment, making our blessed and beautiful world even more blessed than what it already is! Yes, there is a miracle taking place, a miracle called life! And we are growing by two little teeny-weeny feet!! ???????????????????? ???????? @akshaythakker

On the work front, Surveen Chawla was last seen in the web series Sacred Games, after which she has been on maternity break. While she has explored varied mediums including short films, TV and web-series besides Bollywood, it is yet to be seen which project she will be keen on taking next.