Katrina Kaif is currently busy with the promotions of Bharat which is releasing on Eid 2019. Amid the promotions, the actress the sets of Neha Dhupia's show BFFs with Vogue where she had to pick whose wedding she would attend - Arjun Kapoor - Malaika Arora or Ranbir Kapoor - Alia Bhatt. 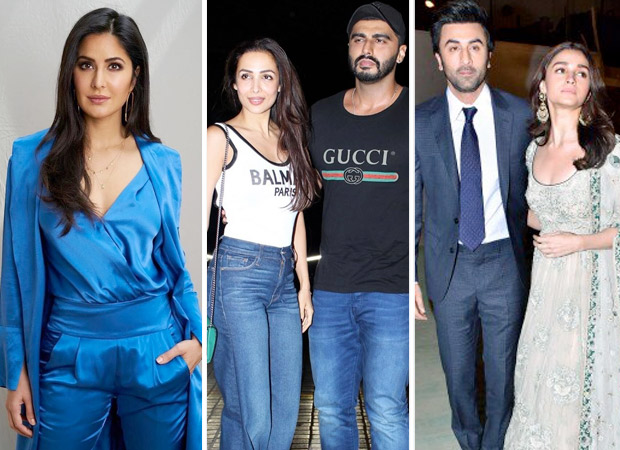 During the chat, Katrina Kaif chose Arjun Kapoor and Malaika Arora since Arjun is her rakhi brother. Katrina said, "If I'd have to pick one, I'd pick Arjun because he is my rakhi brother. I tied him a rakhi on the day Sheila Ki Jawaani (song from Tees Maar Khan) was released. But he didn't really like me."

Katrina Kaif broke up with Ranbir Kapoor in 2016. After that, RK has been in a relationship with Brahmastra co-star Alia Bhatt. Katrina and Alia still have a very cordial and friendly relationship.

Arjun Kapoor and Malaika Arora have been together for a while until last year when they began making public appearances. While they did not make anything official yet, Malaika and Arjun did attend his film India's Most Wanted's screening together making it official.