Katrina Kaif is all set and raring to go with her new movie, Bharat, starring Salman Khan in lead role! She will be seen as a female lead in the movie and director Ali Abbas Zafar has fleshed out her character really well in the movie. She is leaving no stone unturned to make sure that the movie is promoted well. Katrina attended a bunch of chat shows and television shows for the same, including Colors Infinity’s Vogue BFFs. 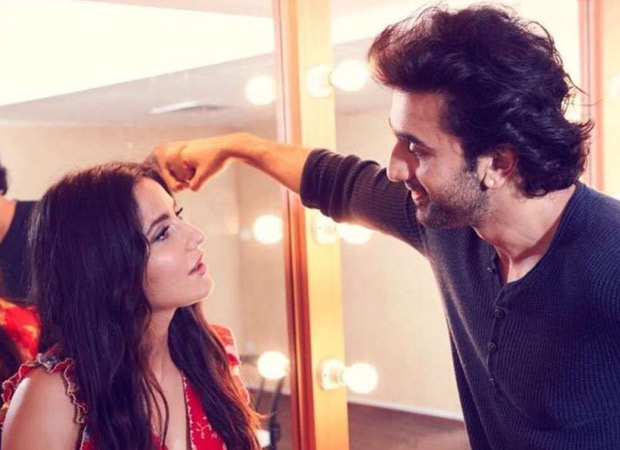 Kat attended the show with Anaita Shroff Adajania where she was all candid with her host Neha Dhupia. When asked about who in the industry she really bad with secrets, Katrina promptly took her ex boyfriend Ranbir Kapoor’s name. She was then asked who would be a really bad talk show host and she took Varun Dhawan’s name and for a really funny reason. She said, “Bad chat show host? Varun Dhawan, because I don’t think he will let you talk.”

Katrina went on to talk about how Aditya Roy Kapur was really awkward with her while shooting for Pashmina song from Fitoor. She said, ““I love him, he is fantastic, but I feel Adi (Aditya Roy Kapur) struggled a little bit… or a lot… in the song. It was a difficult song and he wouldn’t listen to me,”

Bharat, directed by Ali Abbas Zafar, is releasing this Eid. Katrina is shooting for Akshay Kumar’s Sooryavanshi next.