Salman Khan has added yet another feather to his cap. This time by turning lyricists for his upcoming action franchise Race 3. The actor has penned a song titled 'Selfish' for the film. The song is touted to be a soulful romantic track.

Interestingly, it is heard the conception of the song was an incidental one. It was during a creative brainstorming session where Salman penned the lyrics on a piece of paper. This led to music composer Vishal Mishra to add tunes to Salman's soulful words. 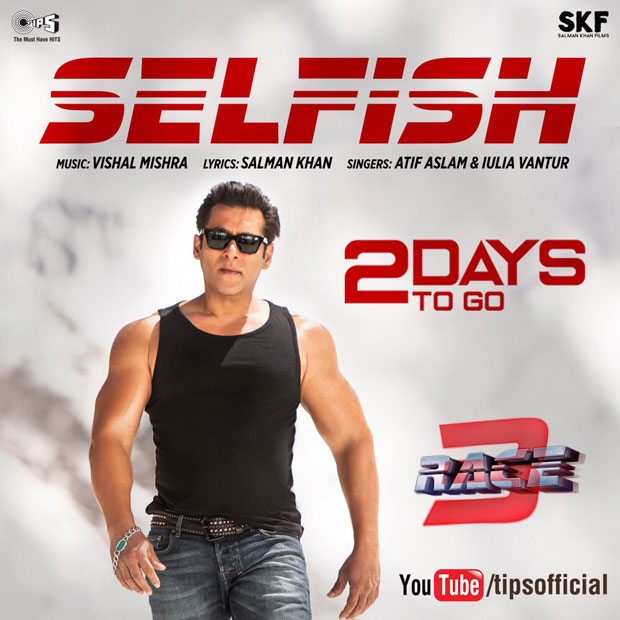 Race 3 takes the Race franchise to an all-time high with action a notch higher and suspense that will leave you at the edge of your seats.

Superstar Salman Khan has been treating the audience with his action entertainers on the festive occasion of Eid for years now, continuing the tradition of presenting a commercial entertainer on Eid, Salman Khan is all set to release Race 3 this year.

Marking the festive season of Eid, Race 3 proves to be a complete festive bonanza, with action, family drama, suspense, romance and promise of blockbuster songs.