Tiger Shroff, who has been roaring at the box office with his blockbuster hits, completes 4 years in Bollywood today. As Heropanti celebrates its four year anniversary today, the young action star Tiger Shroff and the girl-next door Kriti Sanon, who made their debut with the Sajid Nadiadwala film, have clocked four years in the industry. Tiger Shroff and Kriti Sanon starrer was the highest opener for any debutantes. 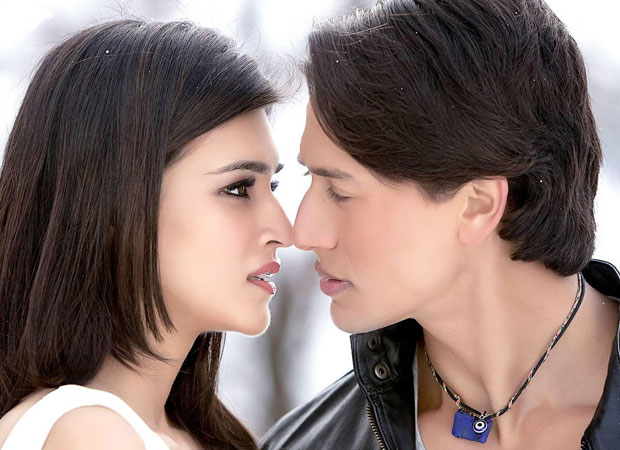 Overwhelmed by the love the actress received in her journey, Kriti Sanon took to social media to share, "Wooaaahhh!! Its been 4 years of Heropanti! 4 years since i stepped into this magical world of movies! Thank you #SajidSir, @wardakhannadiadwala bhabs, @sabbir24x7 sir and @tigerjackieshroff for this amazing start to a dream-like journey!!!”

Packing a punch with his debut venture Heropanti, Tiger Shroff stepped in Bollywood as the action star; with the super hit success of Baaghi and blockbuster Baaghi 2, the young actor has only further established himself as one of the most bankable stars. Emerging as the action star in Bollywood, Tiger was earlier quoted saying, "I think I have been preparing for this since my childhood. It was my dream to be an action hero. It was challenging, but it is my passion and dream, so I think I was being prepared for it since I was a child."

Over the years, Kriti Sanon has come a long way from the engineer in Delhi to one of the most promising actors in Bollywood. Known for her interesting and varied films, Kriti has garnered the love of the audience with her performances. Showcasing varied characters with multiple films in different genres and working with actors like Tiger Shroff, Varun Dhawan, Sushant Singh Rajput, Ayushmann Khurrana and Rajkummar Rao, Kriti Sanon has impressed the audience with her versatility.

On the work front, Kriti Sanon is all set to collaborate with her mentor Sajid Nadiadwala once again with the upcoming comedy entertainer, Housefull 4. She will also be seen in the period drama Panipat directed by Ashutosh Gowariker which stars Arjun Kapoor and Sanjay Dutt.

Tiger Shroff, on the other hand, is currently shooting for Karan Johar's Student of the year 2. The film, helmed by Punit Malhotra, is set for November release this year. Post this, the actor will be seen in YRF's action thriller also starring Hrithik Roshan and Vaani Kapoor.

Also Read: Hrithik Roshan to sign these 2 films after Super 30 and YRF’s untitled with Tiger Shroff