Vicky Kaushal hit the ball out of the park with Uri: The Surgical Strike, his first movie as a solo lead and winning a National Award for the same. The actor who was last seen in the film Bhoot: The Haunted Ship has several films lined up for release. 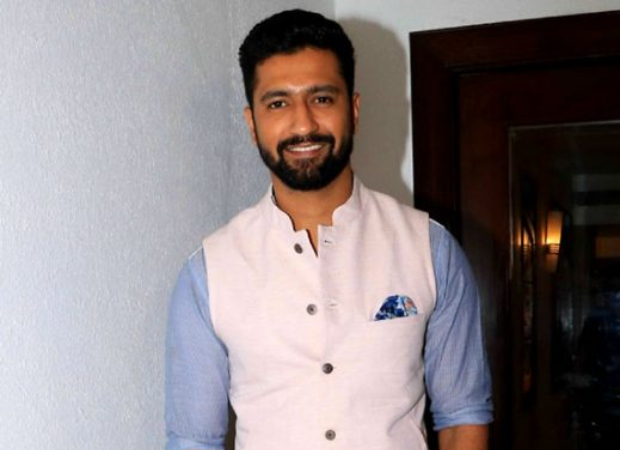 On Monday, Vicky Kaushal took to Instagram to share a 3D model of his face and neck, made of what looks like Plaster of Paris (POP). Sharing the picture, Vicky wrote, "Heads up"

Karan Johar had earlier announced that the shooting of his period drama Takht will start in March. Vicky Kaushal is a part of the ensemble cast of the film including Ranveer Singh, Kareena Kapoor Khan, Alia Bhatt, Anil Kapoor, Bhumi Pednekar and Janhvi Kapoor. In the film, Vicky Kaushal plays the role of the Mughal Emperor Aurangzeb and seems like Vicky Kaushal is prepping to get the look right for his character with prosthetics.

Meanwhile, apart from Takht, Vicky Kaushal will also be seen in Sardar Udham Singh, the shoot of which wrapped in December. The actor will also be seen playing the role of a mythological superhero in the movie Ashwatthama.

Also Read: EXCLUSIVE: Vicky Kaushal on working with Ranveer Singh in Takht – “It’s going to be a bit difficult to play warring brothers”