Musician Yo Yo Honey Singh has given several hit songs in Bollywood like ‘Angrezi Beat’, ‘Chaar Bottle Vodka’, ‘Party with the Bhootnath’ among several others. However, 'Lungi Dance' was one of the most popular songs made by the musician. The song that was used for the promotion of Rohit Shetty’s film Chennai Express in 2013 had become a massive hit among all age groups. Lead actors Shah Rukh Khan and Deepika Padukone had featured in the song along with Honey Singh. However, the superstar initially did not like the song. In an exclusive conversation with Bollywood Hungama, Yo Yo Honey Singh revealed what changed Shah Rukh Khan’s mind. 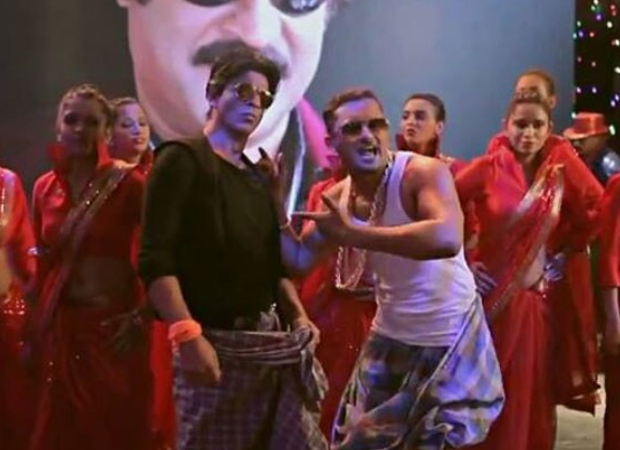 Talking about how he got to make a song for the film, Yo Yo Honey Singh said, “I was in Goa at the time when my friend who is a builder in Mumbai called me up and said that Shah Rukh Khan wants to meet you. I did not believe him initially as I thought Shah Rukh Khan did not even know me. But what he said turned out to be true and Shah Rukh sir called me home. He narrated the story of Chennai Express and asked me to make something. I told him that I will give him a song if I can make something nice.”

“It took me two months to crack the song. I informed him about the song and he asked to mail it to him, but I insisted on singing it in person. He listened to the song but he did not like it. He then made his son Aryan listen to the song and even Bhushan (T-series head) sir pushed the song saying that it will work. And that’s how it all worked.”

Yo Yo Honey Singh recently released his single titled ‘Loca’, produced by T-series.