It was Saturday, December 5, 2015. I was on a holiday in the Himalayas. Yet, I couldn’t help but think of how the films of the week were faring at the box office. Hate Story 3 was the big release of the week and it had also generated tremendous excitement due to its music and sizzling quotient. A good opening was on the cards. Yet, I was blown away when I realized that the film managed to collect mind-boggling Rs. 9.72 crores on the first day of its release! This was huge for a film that was made in less than Rs. 15 crores and didn’t have crowd pulling faces. The aggressive publicity strategy along with the hot-and-spicy trailers worked big time. 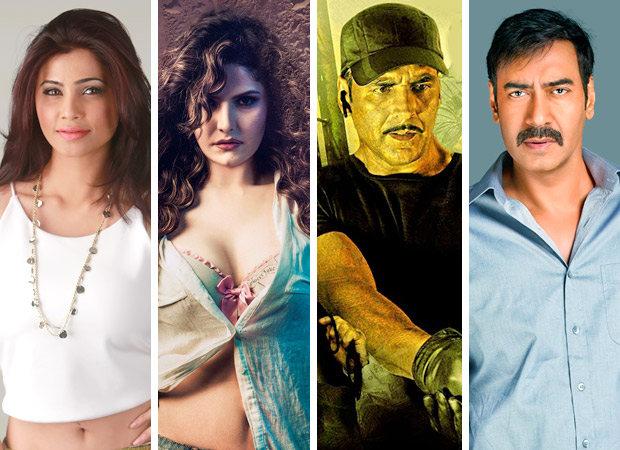 Surprisingly, in the same year, Akshay Kumar-starrer Baby opened at Rs. 9.30 crores, Rs. 42 lakhs less than Hate Story 3. Ajay Devgn-starrer Drishyam’s first day collections were even lesser at Rs. 5.80 crores! Thus, a film starring Daisy Shah, Zareen Khan, Karan Singh Grover and Sharman Joshi had opened better than films of superstars like Ajay Devgn and Akshay Kumar! One might argue that Drishyam was never meant to open huge and was a word-of-mouth film. Baby too wasn’t the usual action thriller. But then, Hate Story 3 wasn’t the 9-crore-opening-type either.

However, Hate Story films have always sprung a surprise. The first part, which released in 2012, made no noise when it was made. But the hype for it increased considerably once its first look was out, featuring the bare back of lead actress Paoli Dam with a gun sexily perched behind. The trailer enhanced the hype even further. Its opening day collections were Rs. 2.10 crores with the film eventually earning Rs. 13.55 crores. The series then got a boost as T-Series acquired it. Hate Story 2 also promised loads of oomph and this time, there was super-hit music as icing on the cake. And the marketing was spot on as expected. This Surveen Chawla-Jay Bhanushali starrer took an opening of Rs. 5.46 crores which again was quite a lot for a film starring newcomers. Its lifetime collections were Rs. 27.16 crores and it could have easily crossed the Rs. 30-crore-mark if Salman Khan-blockbuster Kick had not released in its second week. As for Hate Story 3, it was highly successful which managed to even cross the Rs. 50-crore-mark!

Now all eyes lie on Hate Story 4, which releases tomorrow. Just like part 2 and 3, the fourth installment is directed by Vishal Pandya. This time, it’s Urvashi Rautela who is the lead protagonist in this revenge erotica. The trailer as expected has been noticed and the songs have also made a mark, especially ‘Aashiq Banaya Aapne’. It comes at a great time, sans any major competition. If Hate Story 4 manages to strike gold at the box office, it’ll emerge as the most successful adult film franchise of Bollywood. The other two in this league – Raaz and Murder – have fallen after the fourth part and third part respectively tanked at the box office. Ragini MMS and Jism have done well but only 2 parts have come out as yet of both these series. Hate Story however is way ahead and a decent run at the ticket window for part 4 is all that’s needed for this flick to write history!