Salman Khan and Dharmendra, who were last seen in Pyar Kiya Toh Darna Kya, are all set to reunite on big screen. It has been reported that Salman will feature in a song in Yamla Pagla Deewani Phir Se. Now, we have a photographic proof that the two actors are indeed reuniting. 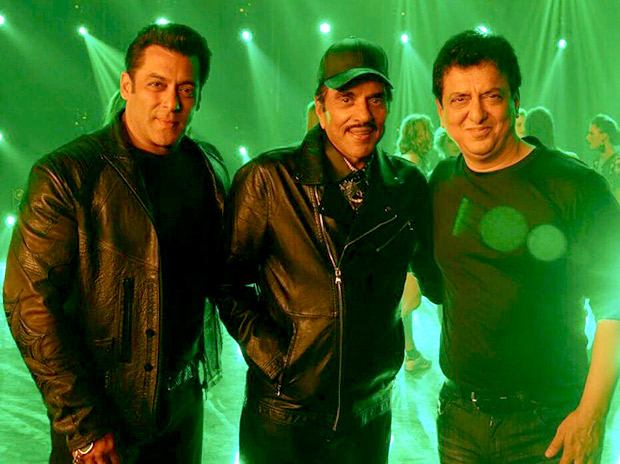 Sajid Nadiadwala's wife Wardha Nadiadwala shared their picture from the sets with Sajid. All of them were dressed in black. She was reminded of their connection over the years Sajid had produced Dharmendra starrer Zulm Ki Hukumat and directed Salman Khan’s Kick. She wrote, “Sn’s super Emotional Moment... with his 2 firsts.. first Hero as producer #dharmendra and first Hero as Director #salmankhan ...... #sajidnadiadwala” Back in 1992 Sajid produced his first film ‘Zulm Ki Hukumat’ starring Dharmendra and Govinda and in 2014 he turned director with Salman Khan starrer Kick. "

Salman Khan had recently visited Dharmendra at his farmhouse during his birthday weekend. The veteran actor was spending his free time chilling with family at their farmhouse. 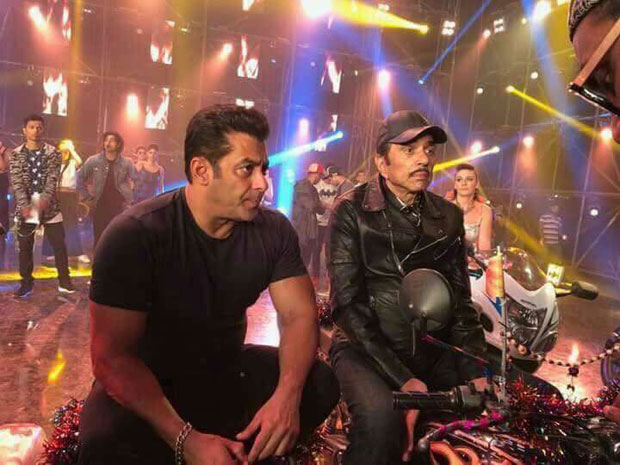