Exactly two months ago, Bollywood actor Sushant Singh Rajput passed away. The actor was found hanging in his apartment in Mumbai and did not leave behind any note. While the case is being investigated from all possible angles by the police, a section of people have been demanding a CBI enquiry. Several celebrities too joined this moment which has gained momentum on social media. 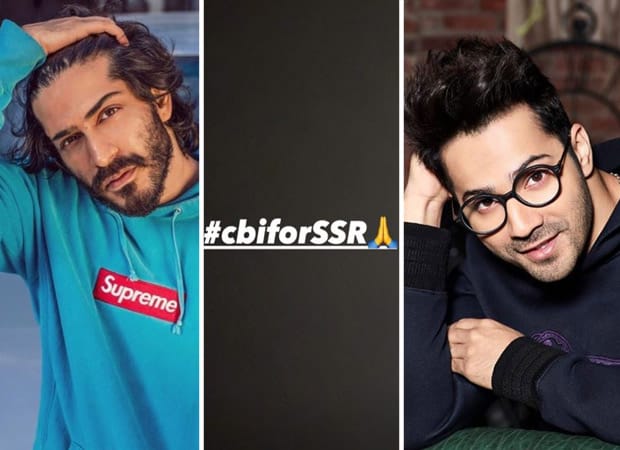 On Thursday, several Bollywood celebrities took to their social media handle demanding a CBI enquiry into the death of the late actor. Varun Dhawan, Kriti Sanon, Mouni Roy, Siddhant Chaturvedi, Sooraj Pancholi, Harshvarrdhan Kapoor and Parineeti Chopra were some of the Bollywood celebrities who took to their Instagram stories and extended their support in the ongoing moment of demanding a CBI enquiry.

Early on Thursday, Sushant Singh Rajput's sister Shweta Singh Kriti shared a video stressing on the importance of a CBI probe into the death of her brother. “Hello, everyone. I am Sushant Singh Rajput’s sister, Shweta Singh Kirti. I request everyone to stand together and demand a CBI inquiry for Sushant. We deserve to know the truth. We deserve justice for Sushant. Otherwise, we will never find closure. We won’t be able to live a peaceful life. Tahe dil se aap sab se request hai ki ekjut ho kar CBI inquiry ki maang karein kyunki humein sach jaan ne ka haq hai (I sincerely request everyone to stand united and demand a CBI inquiry because we have a right to know the truth). Thank you,” she said in the video.

In July, Sushant's father filed a case in Patna against Rhea Chakraborty for abetment of suicide and other charges. After the FIR, the Patna police got involved in the case along with Mumbai Police. However, after a turf war broke out, the Centre allowed for the case to be transferred to the CBI. However, a decision on the same by the apex court is pending.