The Hindi cinema has produced some finest filmmakers whose contribution is invaluable. Vidhu Vinod Chopra is one such personality and the impact of his films is so profound that one can't study Bollywood or even Indian Cinema without his mention. In the last 16 years, his productions, especially the ones helmed by master director Rajkumar Hirani, like Munnabhai MBBS, Lage Raho Munnabhai, 3 Idiots, PK and Sanju have done record business and generated extreme craze among moviegoers. But if we go back further in time, one realizes that Vidhu Vinod Chopra's previous films have also been significant. His directorial venture, Khamoshi, was a fine piece of cinema and he followed it with a taut gangster drama, Parinda. 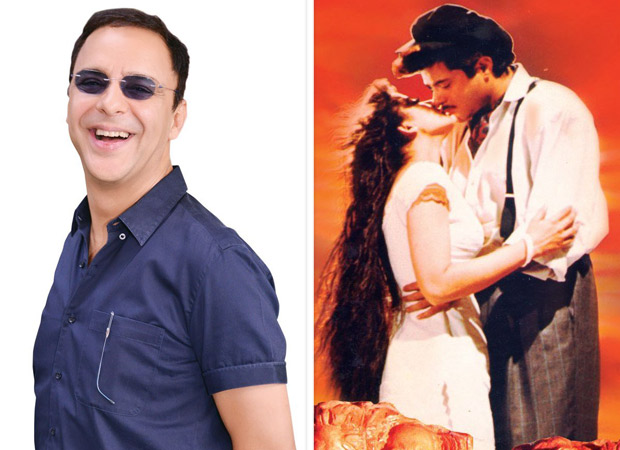 But it was his third film, 1942: A Love Story, which arguably remains as his most watched and popular directorial venture. Starring Anil Kapoor, Manisha Koirala, Jackie Shroff, Anupam Kher, Danny Denzongpa and Pran, it is set in the year 1942 as the title suggests and talks about a couple who have to face obstacles at a time when the country was fighting tooth and nail for Independence. The songs of this film are evergreen and the film also made for a great watch.

With two days to go for this filmmaker's birthday, we at Bollywood Hungama decide to look at all the exciting happenings that took place when Vidhu Vinod Chopra was shooting for 1942: A Love Story.

2. Just like multiple writers, the film also had as many as four additional directors! This was also only for the crowd scenes shot at Film City for which Govind Nihalani, Shekhar Kapur, Ashok Mehta and Sudhir Mishra stepped up in to help. Govind Nihalani reportedly had a sort of double role on sets as he also helped Binod Pradhan with cinematography.

3. This was a time when R D Burman was going through a tough time, with many calling him a spent force. It however all changed with the music of 1942: A Love Story. Vidhu Vinod Chopra had regular music sittings with R D Burman and Javed Akhtar. The team of the film soon realized that the songs of the film will revive Pancham Da's career and how. Sadly, the legendary music composer passed away on January 4, 1994 before the release of the film.

4. In an unusual move, Vidhu Vinod Chopra went to England to mix the film in Dolby stereo sound. 1942: A Love Story hence became the first ever Indian movie in Dolby sound. This also led to the film being postponed for a few weeks. 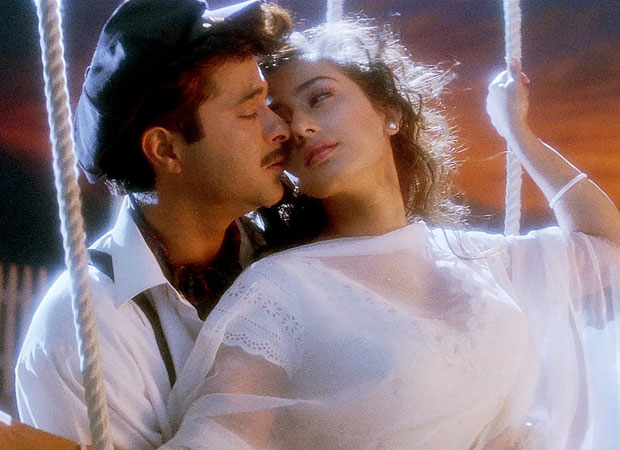 5. In October-November 1993, there arose a dispute between Federation of Western India Cine Employees (FWICE) and Film Makers Combine (FMC) regarding the revision of wages of workers. The FMC decided to suspend all production and post-production activities which included shooting, recording, dubbing, from November 5 onwards and warned that any violation of this directive will be strictly dealt with. This order shocked Vidhu Vinod Chopra and on November 8 at Citizen Hotel, Juhu, Mumbai, he requested FMC officials to let him shoot since he had erected a huge set worth Rs 60 lakhs. Moreover, he had called for hundreds of soldiers from the Gorkha regiment for filming along with British actor Brian Glover and special effects expert Alan Whibley from Shepperton Studios, to supervise the filming of the climax where the city was to be set on fire. He argued that getting the Gorkha soldiers especially on a later date for the shoot would be impossible and that he would have to face huge financial losses. FMC members however declined to this request. An angry Vidhu Vinod Chopra then staged a silent dharna along with his team outside Citizen Hotel for which he had to apologize later. But he took the legal route and sued FMC. The case went on till 2001 and was passed in Chopra's favour.

6. Vidhu Vinod Chopra shot a major chunk of the film in Dalhousie. But the climax required part of the town to be set on fire. Also, in the absence of VFX, to show a town sans overhead cables, modern buildings etc. was not possible. As a result, Vidhu Vinod Chopra ordered for a set to be erected in Mumbai's Film City consisting of a town square, town hall, numerous buildings, suspension bridge etc. Under art director Nitin Desai, some 500 workers worked to construct the sets which took months.

7. Vidhu Vinod Chopra shot the making of the film on video and it was such a rare move in those days. Coincidentally, another 1994 film, Hum Aapke Hai Koun, directed by Sooraj Barjartya, also went for the behind the scenes making video of their film.

8. Shooting the film in Dalhousie was an enjoyable experience, as per Vidhu Vinod Chopra. The cast used to dutifully wake up at 5:30 or even 4:30 in the morning. After completing his scenes, Anil Kapoor extended his stay, just to be on the sets. Jackie Shroff meanwhile sprained his ankle on the first day of the shoot and yet continued to shoot. For a crucial scene, he even gave shots of him running although he was in a lot of pain.

9. Vidhu Vinod Chopra gave credit to the film's team and in an interview; he was humble enough to admit that two of the best scenes of the film were shot on the day he was in bed due to extreme exhaustion.

10. Vidhu Vinod Chopra in the same interview said that he had become cynical but interacting with the lovely locals of Dalhousie made him a better person. When Subhash Ghai gave away his dates for Jackie Shroff to him, Chopra was suspicious of the former's intentions. But later he realized that he was wrong to think so. Subhash Ghai told Vidhu Vinod Chopra that he loved him as a director and even claimed, "You are a true filmmaker. I am a shopkeeper."