Dharmatic Entertainment is a content studio with a focus on delivering distinctive stories across fiction and non-fiction formats. It's the digital extension of Dharma Productions, one of India’s top film production-houses, known for their blockbuster hits and setting new benchmarks across Indian cinema. It is led by multi-faceted director and producer Karan Johar. 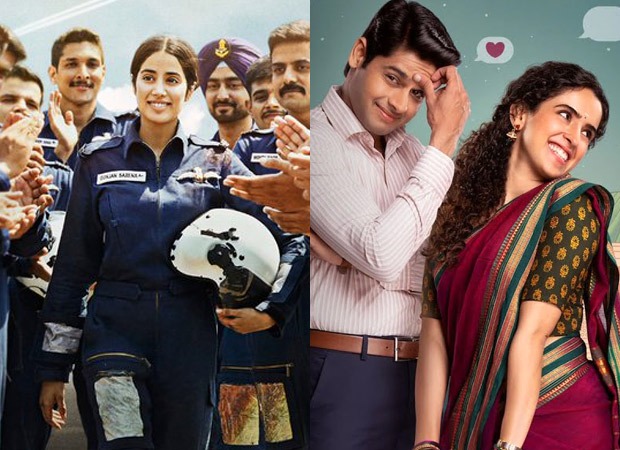 With Gunjan Saxena to Meenakshi Sundareshwar, Dharma Productions and Dharmatic Entertainment are churning out refreshing stories

The past two years has seen a boost in content in the digital space and Johar’s digital vertical, along with the production house, has made a remarkable contribution to enhancing quality content in this space. From Guilty with Kiara Advani, multi-starrer Ajeeb Daastaans, to the variety show Fabulous Lives of Bollywood Lives or the upcoming Meenakshi Sundareshwar, the stories are amping up; they are refreshing and unique stories. With the anthology series Lust Stories, the fairly new Kiara Advani had her breakout moment with one of the most liberating and modern storytelling of sexual needs of a woman. Since her stint in Lust Stories, she has become one of the actresses to watch out for with projects lined up one after the other.

They have dived into dark anthology space, horror genre, and thriller and romance dramas. The distinctive projects have also made way for talented artists. Ajeeb Daastaans showed us a new side of Nushrratt Bharuccha who essayed the role of a domestic worker and tries to fight class struggle in ways she best knows and understands. The same anthology gave us a story of two women working in different corners of a factory who explore their feelings for each other; wonderfully narrated by Neeraj Ghaywan and portrayed by Konkona Sen Sharma and Aditi Rao Hydari. Kayoze Irani’s flawless storytelling style that made us ship Shefali Shah and Manav Kaul’s love story left us heartbroken with a deeper understanding of human relations.

Guilty was yet another experimental project for the digital space which gave space for young talents to showcase their potential. Also, one of the first stories that centred on the #MeToo era which had gained momentum in India in 2018.

Even Dharma Productions has shown strength with their digital outings – be it the story of Gunjan Saxena in Gunjan Saxena – The Kargil Girl starring Janhvi Kapoor or this year’s blockbuster on Amazon Prime Video – Sidharth Malhotra and Kiara Advani starrer Shershaah on the brave-heart Captain Vikram Batra. The audience have enjoyed the movies. It goes to show their strength and them emerging out as a brand that rests well not just cinemas but also in the digital space.

Moving forward, the production house is all set to present a refreshing story of a couple who deal with long distance marriage- a topic that many will find relatable. With a fresh pairing of Abhimanyu Dassani and Sanya Malhotra, the film will delve into the journey of two newlyweds as they navigate the long-distance insecurities, and the ups and downs faced in marriage. Not only does the film present a new story, but it will also take you through the cultural capital of Tamil Nadu- Madurai, a geographical space which is not often presented well in mainstream Hindi cinema. The film will release worldwide on November 5 on Netflix.

Finding Anamika is yet another anticipated project that will present the 90s diva Madhuri Dixit in a never-seen-before avatar, marking her digital debut.