The much-awaited trailer of Zoya Akhtar's Gully Boy starring Ranveer Singh and Alia Bhatt was finally unveiled this afternoon. The film, inspired by the lives of rappers Divine and Naezy, revolves around a boy trying to make his dream of becoming a rapper come true. As the trailer was unveiled this afternoon, Ranveer Singh showcased his rap skills not just in the film but also on stage as well with 'Asli Hip Hop' live version. 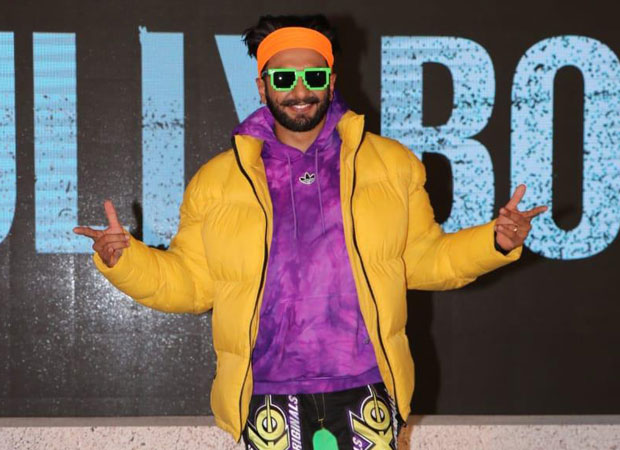 Talking about being offered the role of street rapper, Ranveer said, “When I was first asked about Gully Boy, I knew it was my film. If someone else had done it, I would have burnt out of jealousy. This movie means a lot to me. It is about my city Mumbai and my lovely person Zoya Akhtar. Ritesh Sidhwani is like family. Farhan Akhtar is a renaissance man. I am still waiting for him to direct me. I am waiting from last eight years. Being with Alia, what can I say. I am thankful that she exists. She is such a great actor.”

Before the film shooting began, Ranveer did several workshops with the underground rappers of Mumbai. While he has had a brush with rap in the past in his film Ladies Vs Ricky Bahl, he did proper training to understand nuance of it. When asked about his experience with the rappers, he said, "It was the most fulfilling journey for me. Look at what has happened to Spitfire and Divine, they are such great artistes. Interacting with them in the prep workshops, working on the dialogues and collaborating with them for the music of the film has been an experience of a lifetime."

When asked whether it is easy for the talent to shine when they are rich, Ranveer responded, "There is struggle in everyone’s life, rich and poor. Everybody in this film is so hungry that they gain what they want. Talent cannot be hidden for too long if it is there it is definitely going to shine out.”

In the trailer, Ranveer and Alia rebel against everyone around them to achieve their dreams. The film celebrates the journey of a boy of Mumbai streets as he goes on to become one of India’s most notable rappers. Gully Boy talks about the everyday struggle, grit and determination of the voiceless and the unseen talents.

Co-produced by Farhan Akhtar and Ritesh Sidhwani’s Excel Entertainment and directed by Zoya Akhtar, Gully Boy will release on February 14 in India.