The much-awaited trailer of Gully Boy starring Ranveer Singh and Alia Bhatt was finally unveiled this afternoon. The film, inspired by the lives of rappers Divine and Naezy, will showcase the story of a man dreaming to become a rapper. Ranveer Singh shines bright as the underdog whereas Alia Bhatt once again proves that she is the queen of versatility. 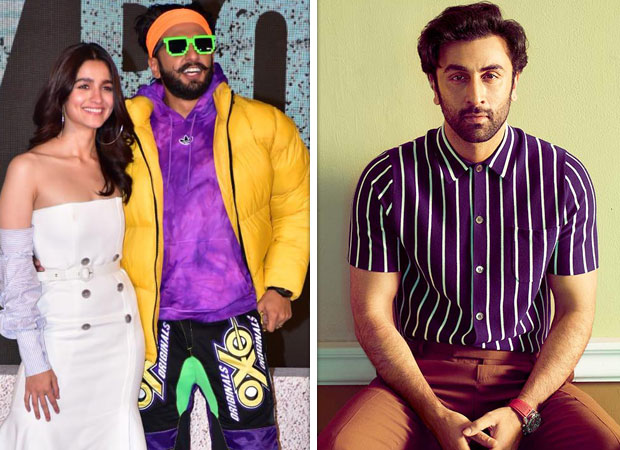 At the trailer launch, Alia Bhatt was asked to draw parallel between the two stars Ranveer Singh and Ranbir Kapoor as she is starring with both of them this year. Starting with Gully Boy this year and ending with Brahmastra, both the films are special for her. When quizzed upon working with Ranveer and her boyfriend Ranbir Kapoor, Alia quipped, "Both are quite similar and are special. It's nice working with both. The difference is that I doing Gully Boy with him (Ranveer) and doing Brahmastra with other one (Ranbir Kapoor)." Ranveer immediately quipped, "One is more special and other is a little less" and left Alia Bhatt blushing.

Also Read: Ranveer Singh has a ‘pinch me’ moment after being featured on Tinkle magazine