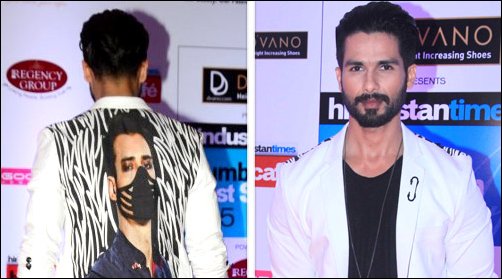 With the weekend giving way to yet another Monday, we at Bollywood Hungama are also back with our entertaining quiz show Guess Who, which is better known as 'World's Envy, India's Pride'.


This week's mystery guest is someone who is the 'brand ambassador' of chocolate looks, chiseled body and powerhouse of performance. Even though he started off his filmi career with a teeny bopper 'romance-shomance' kind of film, he went onto do films that refined and redefined his acting prowess. Despite being the son of a legendary actor, he never clung onto his father for his success and fame. He is what one would call as a self-made man, by all means. Even though he had starred in a hit 'Wedding' film, he also, has to his credit, of having broken a zillion hearts when he recently got married to a girl of his parents' choice. Despite all the high ways, low ways and medium ways, all the eyes are set on his upcoming film with an 'highway' actress, in which people say that the onscreen couple have delivered a 'shaandaar and jaandaar' performance.


If you think that you have Guessed Who this week's Guess Who, then, guess no further and post your answers below: