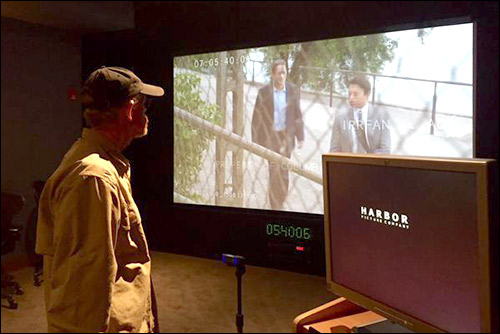 Though Irrfan Khan is gearing up for the Sanjay Gupta suspense thriller Jazbaa, the actor however takes out time to accomplish his Hollywood commitments too. It is a well-known fact that Irrfan will be starring in Ron Howard's Inferno and the actor has already started shooting for the film.

Recently, the filmmaker Ron was impressed with Irrfan's dedication when he completed an Automated Dialogue Replacement (ADR) for the film, while still in India. Ron Howard even took to Twitter to speak about it saying, "Did some long distance ADR voice replacement work w @irrfan_k in #India 4 #InfernoMovie I was directing in NYC".

While the scene in question has Irrfan Khan dressed in a smart grey suit, we hear that he will be seen in a 'suited up' avatar throughout the film. Inferno is based on Dan Brown's fourth novel by the same name of the Robert Langdon series, for which Irrfan plays a pivotal role. The film is set to release in 2016.