GOT7 or what we call it – 7 solid powerhouse musicians. The day January 16 marks popular South Korean group GOT7’s 8th anniversary in the music industry. 2021 has been quite momentous when it came to the group. The year kicked off with one of the most sensational news from the K-Pop industry – GOT7’s departure from JYP Entertainment under which they debuted in 2014. While the news was expected for some since their album Breath of Love: Last Piece had hints about it and a surprise for the rest, it caused waves in the industry. All seven members – JAY B, Mark,, Jackson, Jinyoung, Youngjae, BamBam, and Yugyeom ventured on their solo career paths. Each member signed up with a new agency, and began their preparations for solo debuts, but one thing that remained unchanged was their bond as GOT7 and their love for their fans, iGOT7 or as they as fondly called, Ahgase. Following their departure from JYP Entertainment, GOT7 released a special song titled ‘Encore’ which was a ‘thank you note’ to their fans for their immense love and unwavering support in their journey. It has been one year since the group’s new start, so let’s take a look at what the members are up to these days. 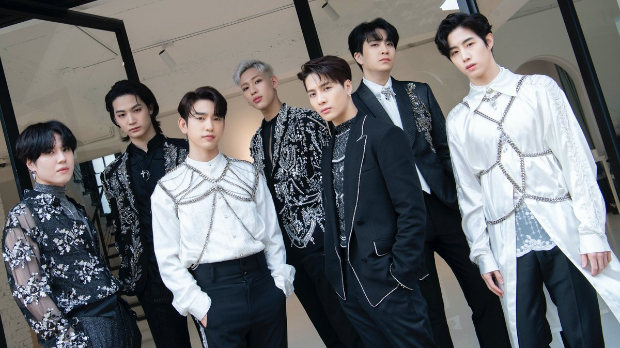 GOT7 turns 8: The renaissance of JAY B, Mark, Jackson, Jinyoung, Youngjae, BamBam and Yugyeom as solo artists

Let’s start with the member to get signed up first. Jinyoung, who had tapped into his acting even while signed under the former agency, signed up with BH Entertainment to focus on his acting career. After signing up with BH Entertainment, Jinyoung went on to play the lead in the drama The Devil Judge and a second lead role in the drama Yumi’s Cells. In the past year, he even released a single ‘Dive’ in Korean and Japanese accompanied by a live band version music video. He is slated to return as a lead in Yumi’s Cells season 2 meanwhile is shooting for a movie and has multiple acting projects in the pipeline.

Next was the youngest member Yugyeom to sign up with Jay Park’s label AOMG. He went on to embark on a journey of R&B and lo-fi music, and he soon released his debut solo album Point of View: U. He took part in songwriting and composing tracks for the album by releasing two music videos for the songs – ‘All Your Fault’ feat. GRAY and ‘I Want U Around’ ft. DeVita, respectively.

Following suit was Jackson Wang. Jackson, who already has his company Team Wang set up in China with global promotions, confirmed that he is staying with his company. He signed up with Sublime Artist Agency to promote and support his activities in Korea. After the departure, Jackson went on to release a few English-language singles, starting with the 90s Hong Kong inspire single ‘LMLY’. The single was released on April 21, 2021. He even directed the music video, in addition to starring in it.

On July 29, 2021, he released his second single ‘Drive You Home featuring rapper Internet Money. In August 2021 he announced a hip-hop group named Panthepack under his label Team Wang. The group consists of members Ice, J.Sheon, Karencici, and himself. Panthepack released their 10-track debut album The Pack in September 2021. Since then, Jackson has released tremendous music in Chinese and English languages including ‘Wang Jiaer Jackson Wang’ and collaborations with artists like Rain and Afgan to name a few. He plans to release more music in 2022 and hopefully his solo album as well.

Mark Tuan went to the US to spend time with his family. He launched his own YouTube and Twitch channels and later formed his own studio in China, and named it Mark Tuan Studio. His debut single came as a sweet gift for the fans. He collaborated with producer Sanjoy (who has previously worked with Youngjae for the single ‘Victim of Love’) and released an R&B track ‘One in a Million’. The song was released on February 12, whereas its music video was released on February 14. He also signed with Creative Artist Agency aka CAA, a California-based label that also manages American artists like Harry Styles. Since then, he has released another English single ‘Last Breath’, and is awaiting the release of his third single ‘My Life’ which releases later this month.

Next in line was BamBam, who signed up with Abyss Entertainment, home to artists like Sunmi. He made his solo debut with the mini-album riBBon. The album featured a title track of the same name, and BamBam shined in the pastel-colored and cute music video.

To end the year with a stunning note, he released a single ‘Who Are You’ in collaboration with Seulgi of the Red Velvet group. Undoubtedly, it was one of the most anticipated releases, as two musical powerhouses were coming together for the first time. BamBam is also releasing B his second EP on January 18, 2022.

Youngjae got equally busy after signing up with Sublime Artist Agency, the same one which signed Jackson signed up with to promote his activities in Korea. He starred in the musical Midnight Sun which is an adaptation of the Japanese movie A Song to the Sun. He also appeared in the series So Not Worth It which was released on Netflix on June 18, 2021. The news of his casting was already out in September 2020. He released his solo debut album Colors by ARS on October 5, 2020.

He starred in the web series Love & Wish which also marked his first role in the lead and an OST in the same drama. On December 15, 2021, he released a digital single named ‘Walk With Me’.

Im Jae Beom, aka JB, took his time to make his announcement. The leader of the group savoured the time taken and even caused quite a stir regarding news of him signing up with labels. Rumours of him signing with Jay Park and Cha Cha Malone’s H1GHR Music were already making rounds, but he went ahead and refuted the claims and asked the fans and media to stop speculating. Eventually, the news was confirmed by the company. JB took a new stage name as JAY B and was introduced as a part of H1GHR Music. He released his first single ‘Switch It Up’ on May 14, 2021. The song featured beats by Cha Cha Malone and rap verses by Sokodomo. He released his first EP SOMO: FUME on August 26, 2021. He is set to release the EP Love as Def., on January 26, 2022. Def. is his mononym when he makes his own songs and compositions.

Also Read: From ‘Run Away’ to ‘Forever Young’ – 15 stellar B-sides of GOT7 that definitely need your attention