Bigg Boss 15 is all set and gearing up for its finale. In just a few weeks, the viewers will get the winner of this season. Every year, the winner of Bigg Boss receives a whopping winning cash prize as well as an amazing trophy. This year too the winner will take the cash prize and the trophy home. 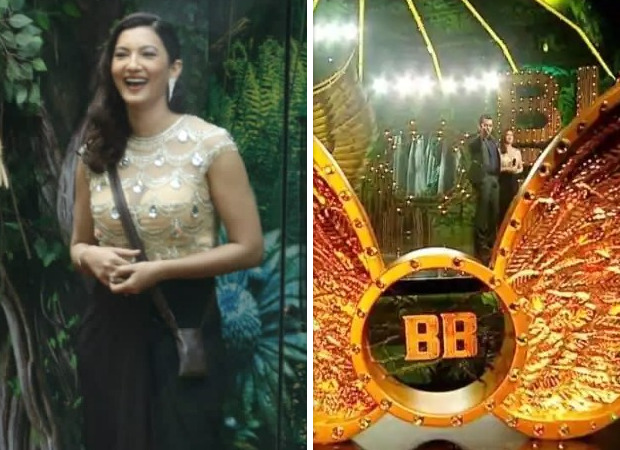 Recently, the winning trophy of season 15 was unveiled during the latest Weekend Ka Vaar episode. The trophy was unveiled by former Bigg Boss winner Gauahar Khan as she graced the sets of the show this Weekend Ka Vaar. Before joining the host Salman Khan on the stage the actress visited inside the house to conduct a special task among the contestants. 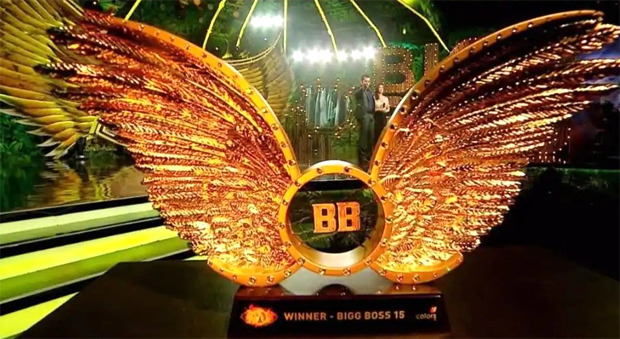 Before commencing the task, Gauahar Khan asked Shamita Shetty to remove the cloth from the podium that was kept at the centre of the garden area. Following this, Shamita removed the cloth and the glittering Bigg Boss 15 trophy was unveiled. The glittering golden trophy follows the jungle theme of the season and has beautifully carved butterfly wings with ‘BB’ inscribed in a circle in between the wings. Seeing the trophy, all the contestants got thrilled and elated. Following this, Gauahar Khan conducted another special task where she asked the contestants to perform like entertainers to attract the trophy towards them.

ALSO READ:Bigg Boss 15: Aneri Vajani comes out in support of Tejasswi Prakash; says she sees winner qualities in her