The Devil Judge is a South Korean dystopian judicial drama that premiered on July 3, 2021. The drama stars Ji Sung and popular K-pop group GOT7 member and actor Jinyoung in prominent roles. The drama also marks Ji Sung’s return to the K-drama world after a gap of two years. 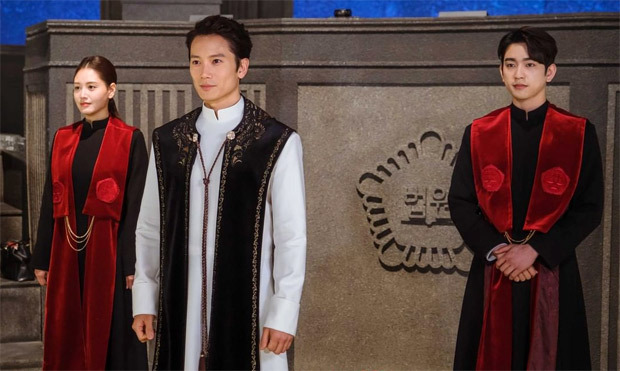 Where does the devil judge sit?

The Devil Judge is set in a dystopian South Korea which is plagued with the economic crisis and social issues. A certain pandemic has drained the people off of their resources, rendering the poor getting even poorer. This drastic economic change led to a rise in the crime rate and a rebellion against the elite who are seemingly unaffected. The drama begins with an irony – wherein the issues of the poor are discussed by the rich who are gathered in a luxurious hall decked to the nines in their expensive clothing and sipping on some champagne. The organisation named social responsibility Foundation seems shady from the start with assurances that promise ‘quick relief’ that seem far-fetched from reality. We are introduced to the main and supporting cast in the first episode itself. The drama is drenched with political intrigue, power play, and a smooth gamble of words and money.

It’s a buffet of mysterious and righteous characters 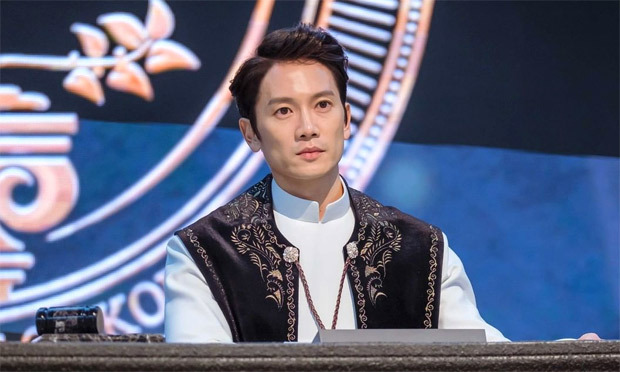 The drama stars Ji Sung as Kim Yo Han, a chief judge at the legal reality program. He is often dubbed as the devil for his ruthless ways of getting justice. He is seen wearing a cross on his wrist, so it won’t be wrong to call him the devil who wears the cross. Kim Yo Han, as a judge and a person in the drama, has his own mysterious ways of work that land him in the grey area. Even after five episodes, not much is known about his background or his personal life. All of these “secrets” invoke an alarming sense of curiosity and perhaps even envy. He is what one would call an anti-hero – one who is neither a fully good nor a fully bad person.

GOT7’s Jinyoung, previously acted in rom-com or thriller dramas like He is Psychometric and When My Love Blooms, branches out from the genre and goes onto a more serious and steady focused character Kim Ga On. He is the one with a back story of his own, who lost his parents during his childhood. Kang Yo Han is familiar with his family, as we are told in the first episode itself. Kim Ga On is best friends with Yoon Soo Hyun, who is a police detective in the drama. Park Gyu Young, who plays the said role, was last seen as a nurse in the drama It’s Okay To Not Be Okay alongside Kim So Hyun and Seo Ye Ji. 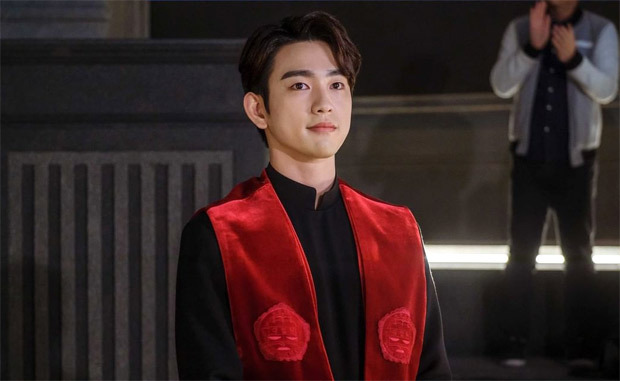 Another notable and prominent character in the show is Jung Sun Ah, played by actress Kim Min Jung. She is Kang Yo Han’s prime rival and also an influential figure working at the Social Responsibility Foundation.

We are also introduced to Ga On’s mentor Min Jung Ho, who is a Supreme Court Judge and also Ga On’s mentor. Kim Jae Kyung plays the role of Oh Jin Joo, another Associate Judge who works alongside Kim Ga On. Min Jung Ho asks Ga On to keep an eye on Kang Yo Han and activities, and thus begins a dual cat and mouse chase with Kang Yo Han going after criminals in his mysterious ways and Kim Ga On following Yo Han closely.

The razzmatazz of The Devil Judge 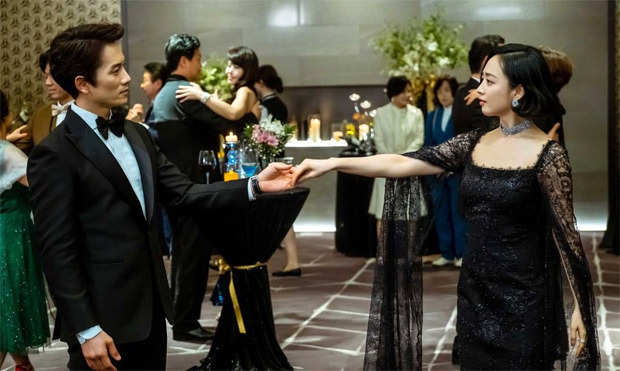 The drama is packed with glitz, glamour, and high-octane drama since the first minute of episode 1. The dialogues occasionally pack a punch, with Kang Yo Han claiming “I am power” to Oh Jin Joo fangirling shortly after by saying “Charm is Power”. The story is largely based on the rich vs poor divide, and it is further fuelled by the power politics by those who can pull a lot of strings for their personal gains.

There is intrigue, there is oomph, and there is also wow factor – a reality show that takes audience poll to deliver a ruling? A one-of-a-kind legal reality show, which might just lead to further chaos in a nation in shambles? A devilishly handsome lead with his mysterious charm and hidden agenda? If you are looking for these tropes in a drama, then The Devil Judge is a perfect pick for you. 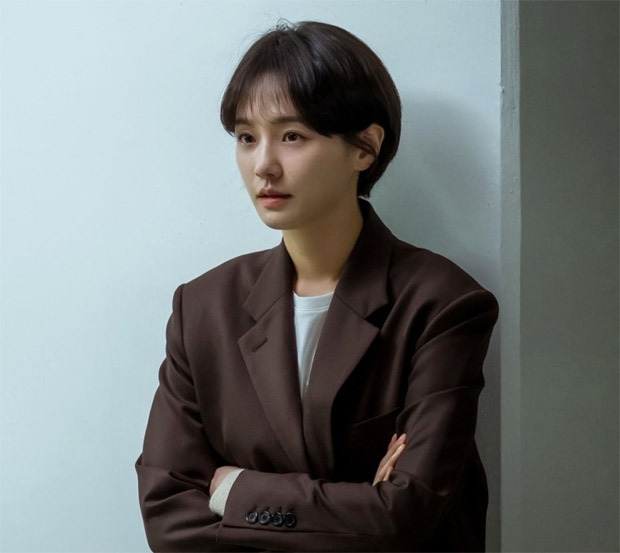 After episode five, one might even say that the drama echoes the dramatic undertones of the hit drama Vincenzo. That drama too had an anti-hero who charmed the viewers with his mysterious and ‘out of the box’ problem-solving capabilities. With eleven more episodes to go, The Devil Judge promises a delicious dose of mystery and intrigue that raises a notch higher with each passing moment. The intersectional storyline along with the characters’ past in the mix will definitely yield results that are desirable to some and unexpected for others.