Five months after GOT7's department from their former company JYP Entertainment, all seven members have found representation and already dropping new music and exploring their acting dreams. BamBam, one of the youngest members of the group, has dropped his solo debut album 'riBBon' along with a colourful music video for the title track. 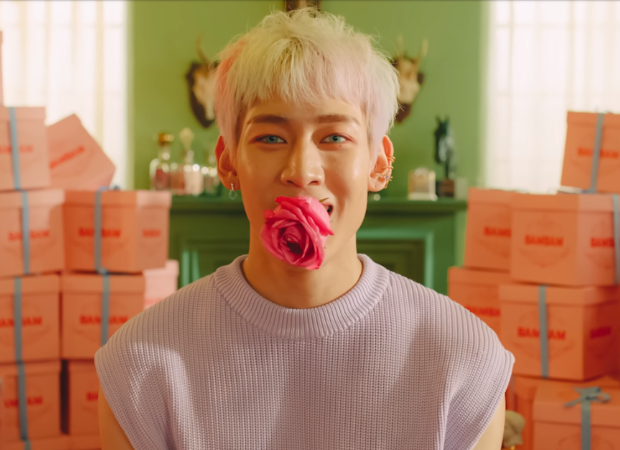 In the music video, BamBam is surrounded by several boxes with 'riBBon' on them and as he opens one box, the joy is scattered into the world where he is more carefree, playful, and enjoys the colourful surrounding depicting his bright energy and positivity. The gleeful personality of BamBam blended with the vibrance of the music video captures the joyful essence of the track. The choreography is pretty smooth and does not overpower the music video in any way. He hopes to show a more playful version of himself without any inhibitions. Interestingly, the music video concludes with behind-the-scenes glimpses of the shooting showcasing his ever-so-fun personality.

Co-composed by BamBam along with Peter Chun, Andreas Carlsson, Drew Scott, Ryan Kim, and earattack, 'riBBon' has a simple bass loop and repeated humming and the powerful 808 bass and melody mixed with a hip-hop beat.

'riBBon', a wordplay on his stage name with the mention of double 'B' in the track, BamBam's album is titled with the motif of the Greek mythology that Pandora, who could not overcome her curiosity, opened the box she received from Zeus, and after all kinds of disasters and misfortunes came out and spread to the world, only hope remained in the box. The object called 'riBBon' was symbolized as 'hope' and solved.

'riBBon' is a six-track mini-album with BamBam credited as composer in three tracks and lyricist in five tracks, along with credits in the music video production for the title track.