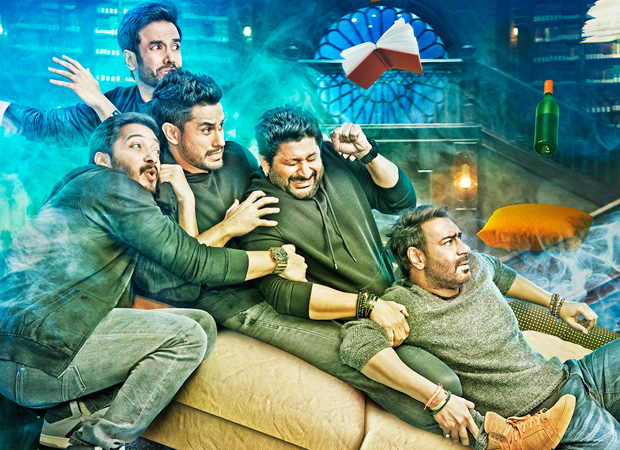 Usually, big-budget films begin their promotions two-three months in advance, sometimes even before. But the makers have Golmaal Again have made an exception. Their film releases on October 20 and the first look of their film came out only on September 21, that is, less than a month before the release. The trailer was finally out on September 22 and it has caught everyone’s attention. From here on, the promotion is expected to gear up aggressively and it will remain so right till the release of the film.

The makers of Golmaal Again also have some big plans for their highly awaited film. According to reports, Golmaal Again is all set to have one of biggest outdoor campaigns, helmed by Reliance Entertainment’s head of marketing Sameer Chopra. The P&A cost of the film is around Rs. 15 crores and Rs. 5 crores will be spent just on the outdoor publicity. It has also been revealed that Golmaal Again will have a tie-up with Ching’s Secret, whose ad campaign was directed by Rohit Shetty last year, featuring Ranveer Singh and Tamannaah Bhatia. Some 50-60 hoardings reserved for Ching’s Secret have been given to Golmaal Again. Such tie-ups, understanding, barter etc has also come into play, probably to keep the outdoor promotions costs in check.

Sameer Chopra said, “We are targeting multi-city advertising plan in places where consumer footfalls and traction is very high like malls, high traffic gantries, inter-city highways etc. We will also go for local train wraps of Golmaal Again’s posters in Mumbai and would also target bus shelters. An innovative publicity campaign is being put into place for the metro networks across the country. The Durga Puja festival is going on in full swing in Kolkata and our marketing team is using it to their full advantage. Then there’s also the festival of Diwali, when Golmaal Again is all set to release. Hence, Diwali lightings will be installed out select cinema halls countrywide as part of Golmaal Again’s promotions.”