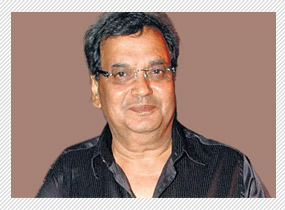 Why should old film be re-released and packages when they have already been liked the way they were? We have to understand one thing; that business and execution of films has changed vastly over the years. What we made in Rs. 20 crores today. It is a very vast difference. Earlier just one show of a film was released in a theatre per day with a total of two shows on Saturday and Sunday. So in a week, there would be a total of nine shows of a film at one theatre. Today, films are technically enhanced, giving them glossy feel to it. With the advent of multiplexes everyday one screen has at least three shows of the same film, so the cost of the prints goes up and so does the profit/loss.


Another major aspect that needs to be taken into considerations is that today people are very techno-savvy. Unlike the times when theatre was the only place to enjoy a film or for entertainment, now every-thing is available on television, DVDs and internet (YouTube). Hence these films have already been watched after they have been publicized. So, the producer has to first think what new is he going to offer the audience besides making technically viable?


Moreover the exhibition sector does not accept this because no one wants to pay Rs. 200 for an old film that has been watched already in its original form. So there are no audiences coming to the theatres. For the producer too, the project becomes a very expensive proposition as the returns cannot be recovered. Look as the recently released classic Jaane Bhi Do Yaaron which did not receive the kind of well-some it did when it was released the first time. So it is not rocket science know that this experiment does not work. Take the example of classic films like Mughal-ElAzam and Naya Daur which were-re-released in colorized versions. The whole effort was a failure not to mention the high cost involved. The media leaves no stone unturned to provide publicity to such experiments, hoarding are also put up and so people are well-informed, yet the film is not accepted. I feel classics should not be touched as there is no logic in re0releasing them when they will be just shown at festivals or for celebrities at special events, costing the producer a big hole in his pocket. The supply should be where there is demand for such films.


As told to Namita Nivas