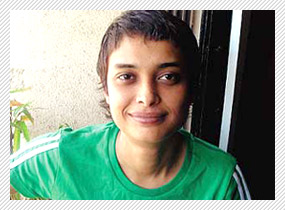 If Aamir Khan acquired six pack abs for Ghajini, the challenges while shooting Talaash were of a different kind. The suspense drama had two crucial underwater sequences and Khan did not know how to swim! According to director Reema Kagti, the actor not only learnt swimming but pushed the envelope while doing the underwater sequences which were hard and tedious.


"Aamir became an accomplished swimmer soon enough, but underwater sequences are a different ball game altogether. Here the actors have to dive underwater with the diving apparatus, remove it with the help of an assistant while giving their shots, and then quickly put the kit on again. They can hold their breath for only a minute and a half or two while giving their shots, after which it can become very strenuous. Kareena who was a good swimmer was careful and would stick to the timings, but Aamir tried to push the envelope by holding his breath longer than required so that he could give a longer shot. I would get very anxious and yell 'cut' quickly, because if something untoward happened, I would have the nation cursing me. Thankfully I had the privilege of remaining on stage and watching on the monitor," says Kagti, who shot the sequence at the underwater stage at Pinewood Studios in London, where all Bond and Batman films have been shot.


Khan also turned crowd controller when shooting on the streets in Mumbai. "The biggest challenge of shooting Talaash was capturing the live scenes on the Mumbai roads, and there were several of them. Besides battling with the heavy traffic and the noise, I had stars like Aamir, Rani and Kareena with me, who would attract thousands of people within a jiffy. I remember for one shot under the Lower Parel flyover which required Aamir to follow Kareena, I came out of my van to shoot and was stunned by a crowd of 5000 people. They had turned up within two minutes of learning that Aamir was there! The assistant directors could not manage them and it was only when Aamir came out of his van, took a loudspeaker and requested the people to watch from a distance, that they complied," recalls Kagti.


Talaash, which is produced by Farhan Akhtar and Ritesh Sidwani's Excel Entertainment and Aamir Khan Productions, releases on November 30.