Deepika Padukone after basking in the success of Kabir Khan’s 83 is now making headlines for her upcoming movie Gehraiyaan. Helmed by Shakun Batra, the film also features Siddhant Chaturvedi and Ananya Panday in the lead roles. While Gehraiyaan has been one of the most anticipated releases of the year, the makers have finally unveiled the trailer of the movie. 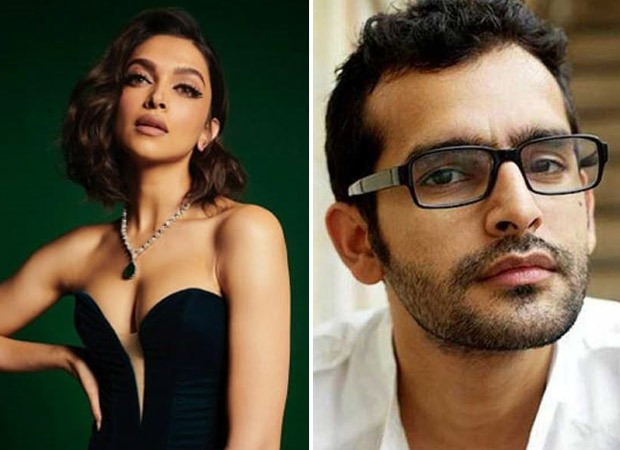 During the trailer launch of Gehraiyaan, Deepika Padukone revealed how Shakun Batra flew to London to narrate the script of the film to her while she was shooting for 83. Deepika said, "It's truly been an incredible journey. I remember Shakun messaging me and saying I have this film and I was in London at the time shooting for 83. And, and he came down. Shakun, like, most actors, is most certainly has been on my list. And in fact, my husband was the one who kept saying, you and Shakun will make an amazing film together sharpening you because of basically together.

Deepika further revealed how she and Shakun Batra were first introduced to each other back in 2015 during an award function. She said, "But I think my relationship with him goes way back to 2015. When we were attending an award function, we were abroad, as two colleagues, we were introduced to each other, and we hit it off instantly. And I knew just at that very moment, I knew that irrespective of whether we make a film or not, and I knew we would deep down inside my gut. I knew we'd end up making a movie together and I knew it's not something I had to pursue. I feel like these sorts of things happen when they're supposed to happen. But I do I remember saying; I've made a friend for life. And so when he came to London to narrate this, to me, it didn't feel like a director coming in at a story to be trying to pitch an idea. It was really like a friend coming over and saying, Look, I have this idea. And, you know, do you are you invested in this? And I can say that I think the script is evolved a lot from where it was to the film that we've actually made. But that's just his process."

She also added, "I think that's also come from the kind of relationship that he and I share, which is that of honesty and a lot of trust. And we've promised each other that, that that's what it's going to be not just in our professional lives, but even in our, personal capacity that whatever said and done, we're always going to be honest with each other, whether we like it or not. And I think that's also the reason we were able to make such a great movie, because he had trust in me, and I had faith in Him. And not for a second did I ever think that I ever doubted, or second-guessed his

ALSO READ:Gehraiyaan Trailer Launch: Ananya Panday says she spent 20 minutes in the bathroom after Shakun Batra narrated the script of Gehraiyaan to her