Last Updated 17.05.2022 | 10:27 PM IST
feedback language
follow us on
Bollywood Hungama » News » Bollywood Features News » “Gehraiyaan is a film about the power of love, lust and longing by the millennials” – Karan Johar 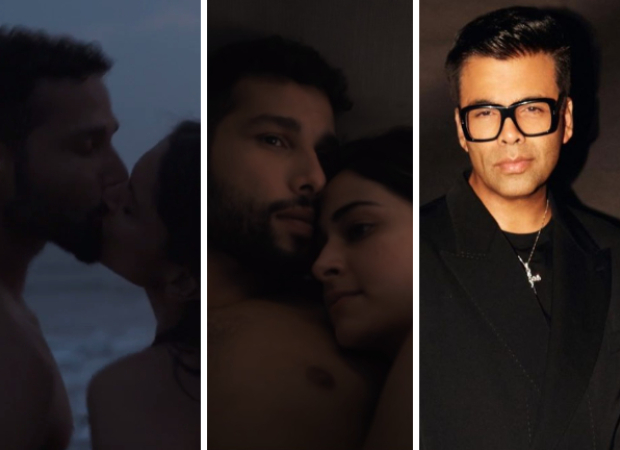 “Gehraiyaan is a film about the power of love, lust and longing by the millennials” – Karan Johar

Gehraiyaan is a relationship drama that looks beneath the surface of complex modern relationships, adulting, letting go, and taking control of ones’ life path. Producer Karan Johar said that the trailer only scratches the surface of complex modern relationships. “We are expressing our syntax, introducing you to complex, twisted and complex characters. The trailer scratches the surface but there is a lot more than meets the eye. At the face of it, you might think it is a film about infidelity-based relationships but it is not just that. It is talking about so much more, choices and consequences of so much more,” Johar said during the virtual trailer launch event on Thursday afternoon.

Talking about his directorial Kabhi Alvida Naa Kehna starring Shah Rukh Khan, Rani Mukerji, Preity Zinta, and Abhishek Bachchan and how it was ahead of its time, Johar said, “I have heard this before, that Kabhi Alvida Naa Kehna is ahead of its time. I don’t think that even today if it is released, it would not be judged, because I think we are inherently a very judgmental audience. And that’s why Gehraaiyaan is so special because it’s asking you to break that judgment stereotype. It’s asking you to actually dwell into the character’s mindset and understand where they’re coming from, and not pass a judgement.”

“We want to watch perfect people unravel on screen, but none of us are perfect. We all have our shades of grey. We in fact walk the path of grey much more than we walk the path of black or white. If you really dwell deep into yourself, you will understand that creates just everyone’s emotional color," Johar further said.

Shakun Batra said that Gehraiyaan is much different from Yash Chopra’s 1976 feature Kabhie Kabhie and Karan's KANK. “In those films what always used to happen is we used to talk about finding a soul mate and then call it infidelity. I don’t think love stories or relationships happen like that. It is not infidelity under the garb of finding the one or finding the true love. We are trying to understand and explore relationships that are outside the conventional boundaries. In today’s time how relationships unravel today, it is people looking at love differently, it is not always finding the one but what you feel in the moment,” Batra added.

“What Shakun has done has brought in another facet to an emotional film, that could look like it’s a film about infidelity. But there’s also a thrill in that experience of watching what people may not be captured in the trailer. There’s an element of thrill, like you’re on your feet in the second half of the film, you’re really as anxious as the characters. He’s actually dipped into a new kind of genre, which I don’t think Indian cinema has experienced. It’s what is called in the world as domestic noir - I have never understood even till now what that means - but all I can say is that it’s an emotional film, but you also may be at the edge of your seat, and that is a combination that is rare," Johar explained at the trailer launch.