The trailer of the much-awaited love saga Gehraiyaan was released earlier today. The team of the film including director Shakun Batra, producer Karan Johar, lead cast members Deepika Padukone, Ananya Panday, Siddhant Chaturvedi, and Dhairya Karwa unveiled the trailer at a virtual event in the presence of the media. Gehraiyaan is a relationship drama that looks beneath the surface of complex modern relationships, adulting, letting go, and taking control of ones’ life path. At the trailer launch, Karan Johar said that the trailer only scratched the surface of what the film is about. He said that while the film portrays infidelity, it is much more than that. 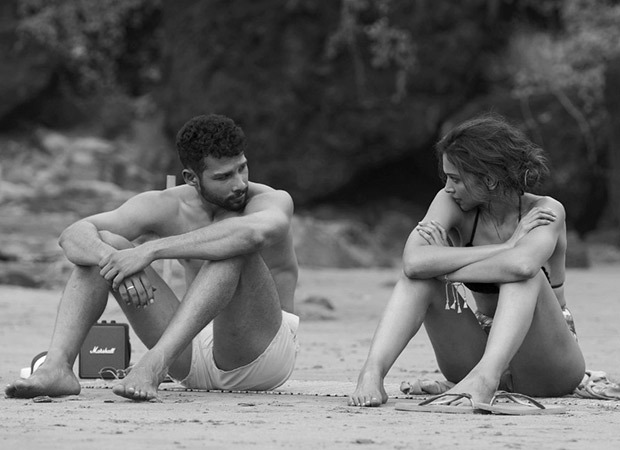 The trailer is being hailed by netizens and one cannot wait to be a part of the lives of the four protagonists of Gehraiyaan and dive deep into their worlds. As we wait for the film to release, here’s looking at five reasons that makes Gehraiyaan one of the most awaited love saga:

Writer-director Shakun Batra had hit it out of the park with his film Kapoor & Sons (2016). His narrative of a dysfunctional family and their issues struck a chord with a majority of the audience. So, when it was known that Shakun has penned a film that speaks on infidelity and has siblings in the picture, one could not wait to be blown away by his perspective on the same. Talking about the idea of the film at the trailer launch event, Shakun said, "Affairs don't happen, because you're looking for the one, affairs happen because you're trying to find yourself, and sometimes you meet somebody who helps you find yourself. So I think this film takes that notion forward and I'm really curious to see how people react to it."

Deepika Padukone will be seen on the screen in a full-fledged role after 2 years. Also, it’s after a long time that the actress will be seen in a contemporary role expressing raw emotions. Her breakdown scene towards the end of the trailer and her sizzling chemistry with Siddhant Chaturvedi is already being hailed by the audience.

This is the first time that the ensemble cast of Deepika Padukone, Ananya Panday, Siddhant Chaturvedi, and Dhairya Karwa have come together to play characters that they have never before played on screen. The casting managed to create a major buzz around the film right from the time it was announced. Ananya Panday, who is three films old, considers this film to be a blessing, and going by the trailer, the audiences will definitely be seeing a completely new side of the actress in her. Siddhant who had floored the audience in Gully Boy with his MC Sher act is back again with his suave personality. Siddhant and Deepika’s effortless chemistry is another factor that has fans excited to watch the film. For Dhairya Karwa, it is his first film as the lead and the actor has us impressed as he puts up an impactful performance even as he shares the screen with Deepika Padukone.

The music by Oaff and Savera helped develop an instant connection between the audience and the film. The song ‘Tu Marz Hai Dawa Bhi’ that was unveiled with the teaser of the film in December last year was an instant hit with Instagram Reels and had everyone humming to its beat. Lyrics by Kausar Munir and Ankur Tewari have just added depth to the unsaid emotions and feelings of the characters in the film.

With a story that revolves around just four people and their emotions and vulnerabilities, capturing it on camera without being monotonous might have been a tough task. However, going by trailer, DOP Kaushal Shah has done an excellent job in not only capturing the moods of the protagonists but also the picturesque locations of Goa where the film was shot. The film has several intimate scenes between Siddhant and Deepika and Kaushal has portrayed their physical relationship in a tasteful and aesthetic manner.

Gehraiyaan will be released on Amazon Prime Video on February 11, 2022.

ALSO READ: Gehraiyaan Trailer Launch: Ananya Panday says she spent 20 minutes in the bathroom after Shakun Batra narrated the script of Gehraiyaan to her