The trailer of the much-anticipated Shakun Batra film Gehraiyaan was unveiled today at a virtual conference. During the conference, the entire star cast of the film including Deepika Padukone, Siddhant Chaturvedi, and Ananya Panday was present. 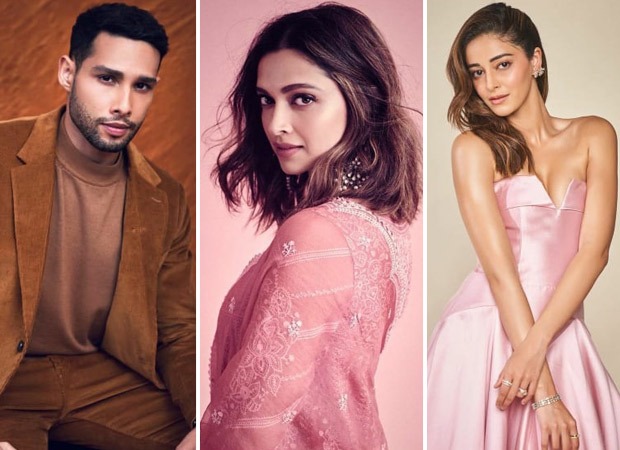 Sidhant who plays one of the lead characters in the film was asked by a member of the press that out of all his characters what sets his Gehraiyaan character apart. Replying to it Sidhant said, "Well, I think I'm relatively new. And I haven't played many characters yet. I mean, it's just three or four. So, I mean, I'm still exploring, I'm still discovering, different characters and, different kinds of genres. And when this happened, again, I am when I heard the story, and heard Shakun narrating, it was so layered, it was so nuanced that was so microscopic and I was like, this is different because it is coming from a whole different world, the style of filmmaking is different.”

Further talking about the film Siddhanth added, “So I think the credit goes to Shakun and, it's his vision and he's a different filmmaker a different genre of film. And it's a different character in a way where I won't be spoiling anything for you guys, but It's quite different from what I mean or whatever I've done till this. Because if you've seen the trailer I mean, it's, you know, quite deep and quite layered so yeah and also not a rapper and I'm not holding on I'm not calling anybody. I'm romancing with two beautiful women so that's very different in this film (laughs)."

Gehraiyaan which starts Deepika Padukone, Siddhanth Chaturvedi, Ananya Panday and and Dhairya Karwa is a relationship drama that dives into the depths of complex modern relationships, adulting, letting go, and taking control of ones' life path. Gehraiyaan is slated to release on Valentine's Day weekend, February 11, 2022.