Just a day ago, Shah Rukh Khan expressed his pride as a father as his daughter Suhana Khan took her first step in tinsel town. While she has always been a social media star, she has now fulfilled her parents’ dream of becoming an actress too. The poster of her first official acting venture on the streaming platform Netflix, The Archies was launched a day ago. And the proud mother, Gauri Khan went on add to the special moment by calling for a customized cake for her lovely daughter. 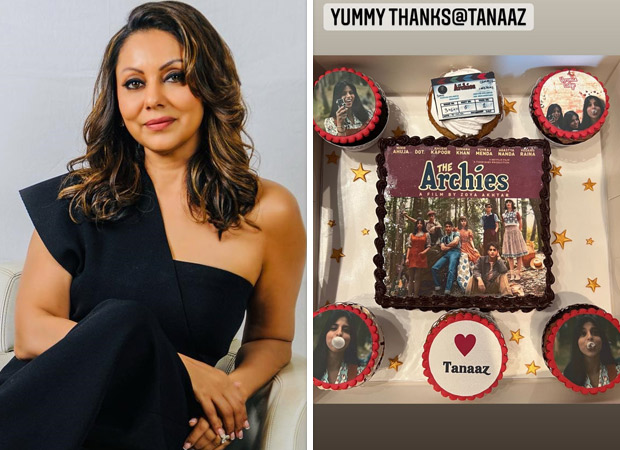 Gauri Khan orders Archies themed cake for daughter Suhana Khan and it shows why mothers are truly the best!

Gauri Khan shared a photo of the new The Archies themed cake to congratulate and wish luck to her daughter Suhana Khan on her first official venture. From the house of Tanaaz, the special cake featured small cupcakes with Suhana’s photos from The Archies along with a clapperboard of the series. And the centre cake featured the show’s poster. 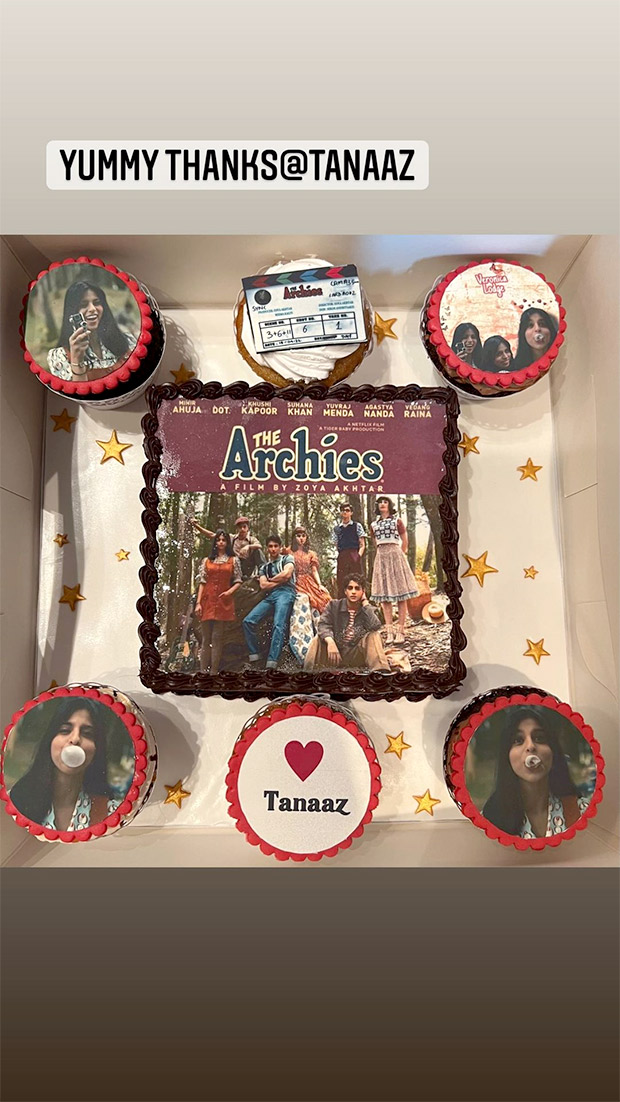 In an earlier post on her Instagram, Gauri Khan shared the poster of The Archies and in her caption, she also thanked Zoya Akhtar for giving a Launchpad for her daughter. She had said, “Congratulations… all the best to all the amazing kids and team of #TheArchies . And who better than @zoieakhtar to guide them through this journey!! You did it @suhanakhan2!!!!!!! ❤️” Gauri also shared the teaser of the show on her Instagram.

Also Read: Shah Rukh Khan pens a loving note for Suhana Khan on her acting debut with Zoya Akhtar’s The Archies – ‘Stride forth and make as many smile as you can’